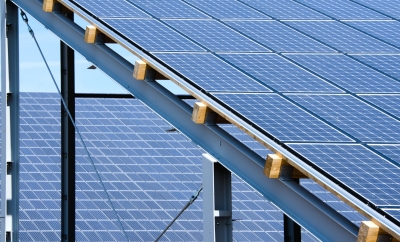 They need to be small enough to fit on a building in the case of a lot of different installations. When solar panels are installed in open fields, they might be much smaller than that. However, there will usually be a lot of them in several rows, so these groups of solar panels will be able to generate a great deal of solar power. In this case, the people who install solar panels are really trying to make use of the space involved.

Structurally analyzing the roof of a home prior to a solar panel installation is important, even though it actually is not a universal practice among the companies that install solar panels. In the United States, this structural analysis is more common in some states than in others. Usually, most roofs can handle an additional 40 pounds.

Since this 40 pound is going to be distributed across the roof, a solid roof that is in good shape will generally not be threatened by the installation of solar panels. Still, it’s important to get all of that test in advance. Homeowners might want to make some additional upgrades to their roofs in terms of structural support before they decide to get solar panels put into place. It’s a good idea to solve all of these potential issues in advance.

Many of the solar needs calculators online are geared towards the United States. They will often ask people about their home states. However, there are others that are geared towards people in other countries, where some of the rules surrounding the solar installation and solar subsidies might also be different. The location of the house in question does matter a lot, however, because it can determine the level of sun exposure that a given area is going to receive.

These solar needs calculators will not necessarily give people a realistic view of the solar system size that they can expect in a lot of cases, and this is something that all people need to take into account. Getting a 300-watt solar panel installed is going to be common for a lot of people. Getting much larger solar systems installed that will be capable of handling much larger households with more substantial energy needs will tend to be more difficult.

However, people might need to try to reduce their consumption of electricity past a certain point as well if they are going to try to be as committed as possible to green living. Still, solar panels are going to become more and more advanced and efficient as the years’ progress, and that is only going to make it easier for people to maintain their electricity consumption while still being able to offset most of it through the use of advanced solar panels.

Residential buildings are going to vary substantially when it comes to their size. However, that doesn’t mean that all big houses can necessarily get fitted with solar panels all the way through. Some sections of big houses are going to get the sun exposure necessary to make it all work. Some roofs won’t have the surface area necessary to support really broad solar panels. Houses will also have some decorative or functional features that will tend to interfere with the installation of larger or broader solar panels.

In the case of commercial solar systems, large-scale solar systems are significantly more common. This is partly a function of the fact that many commercial buildings are in need of more electricity, to begin with, and it’s important for businesses to find a way to efficiently mine all of the electricity that they can from the incoming sunlight in their area.

Of course, commercial buildings will also just have large-scale solar systems because they can. They typically have large enough buildings and premises that people will be able to easily install very large and broad solar panels anyway. There’s no reason to fail to take advantage of this obvious and clear benefit. Municipal buildings and warehouses will typically have substantial electricity needs. They will also frequently have solar panels that are as long as six feet.

Commercial buildings will typically vary in terms of the amount of incoming sun exposure that they can attract in the first place. Some of them will have the necessary surface area to truly get the level of sun exposure that can allow businesses to offset a good portion of their electricity usage. It’s also worthwhile to note that a lot of commercial buildings will have a strong budget behind them, and this is going to make it that much easier for the companies involved to get the sort of broad solar panels that are going to truly make a dent in their carbon footprint.

Many businesses are able to get financial support and benefits if they are able to upgrade to using solar panels, which will make it that much easier for them to be able to afford the sort of broad solar panels that will generally help them meet almost all of their requirements.

Solar panels are broad enough and deep enough to be effective these days. The efficacy of solar panels is partly a consequence of the solar panel dimensions in the first place since a sufficiently small solar panel is not going to be able to produce enough energy to make anything count. The solar panel size that people can expect will certainly vary.

Of course, people should consider the size of the photovoltaic cells themselves, which is 156 square millimeters. These cells can only vary so much in terms of their size, which is going to place some upper and lower limits when it comes to the overall solar panel size that people can expect in most situations.

Solar panel weight levels that people can expect are not all that high. A residential solar panel will weigh 40 pounds. The people who tend to be worried that their roofs are going to cave in as a result of their new solar panels should generally not be all that concerned about that. Their solar panels are generally going to be light enough that almost any good roof is going to be able to support them. However, it is still a good idea for people to be able to get their roofs inspected beforehand in order to make sure that there isn’t anything else going on with the roofs or anything that a person might worry about in the long run. Roof inspection in this way is not always mandatory, and ideally, it would be in all situations.

Commercial buildings are going to have larger solar panels with broader dimensions than the residential buildings. However, it’s still important for people to be able to get a sense of the limits when it comes to solar panel dimensions. Using a solar needs calculator can help people determine the size of the system that they need, which will usually fall within certain limits.