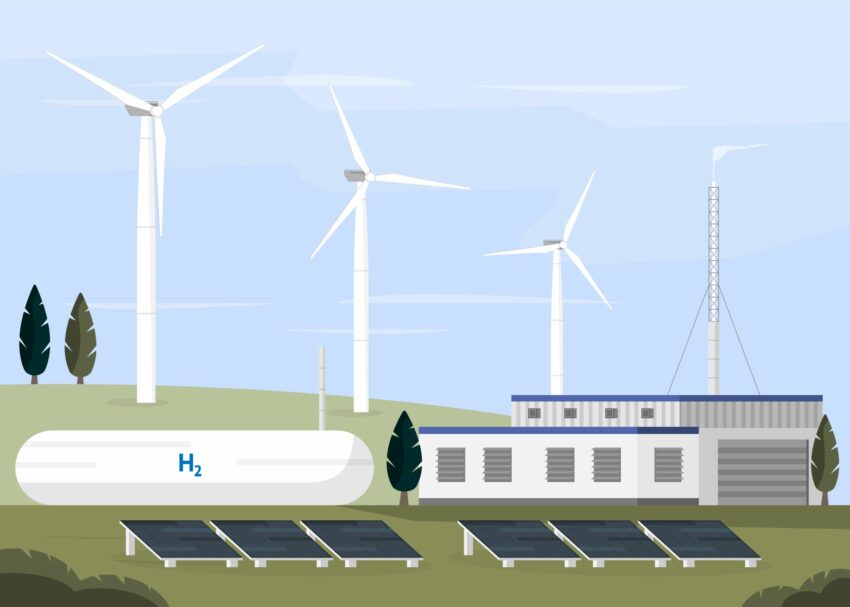 The Paris Climate Agreement was reached in 2015 with the goal to substantially reduce global greenhouse gas emissions to limit the global temperature increase in this century to 2 degrees Celsius while pursuing efforts to limit the increase even further to 1.5 degrees.

This ambitious target requires a fundamental change in the way we produce and use energy. A key component of this transformation is transitioning from fossil fuels to renewable energy sources. But just how realistic is it to meet 100% of our energy needs with renewables by 2050? Let’s take a closer look.

The world is moving towards renewable energy, but can we make the switch completely by 2050?

As the world takes steps towards a more sustainable future, the move towards renewable energy sources has become a top priority. The debate of whether we can make the switch to 100% renewable energy within the next thirty years is an ongoing one – and certainly, it will be no easy feat.

However, with the development of technologies like solar panels and battery storage, there is hope that this goal may be within our reach. Currently, countries are setting targets for themselves to hit zero carbon emissions by 2050 – but as research into wind power and other renewables continues, these goals may become more attainable yet.

While this transition will take enormous coordination between governments and businesses around the globe, it remains an important goal that can help save our planet. Renewable energy has had a huge impact already in reducing greenhouse gas emissions – and ultimately, it will be up to us to decide if we can make use of renewables completely by 2050.

Whether this switch is guaranteed or not, the answer remains unclear – however its importance in safeguarding our planet remains assured. With significant investment in renewable infrastructure projects everywhere, there is potential for immense progress in the coming decades – meaning that a completely green future may yet be achieved before 2050 arrives.

What are some of the obstacles to reaching 100% renewables?

Reaching 100% renewables is a lofty goal, but it’s one that many countries are attempting to realize. While the shift towards renewable energy has made great strides in recent years, there are still many obstacles to achieving a clean energy future. One of the biggest challenges is the cost associated with building out new renewable energy infrastructure. The initial investment can be quite steep, especially for communities without access to grant funding or government incentives.

Additionally, renewable energy sources can be unreliable and difficult to store, which makes it difficult for utilities to schedule their use and manage supply and demand. Furthermore, grid operators must contend with managing the variable power outputs of distributed sources like rooftop solar panels and wind turbines. Lastly, outdated regulations and laws may get in the way of developing more renewable energy projects.

However, if we work together to overcome these roadblocks then we can create a cleaner and more equitable energy system – one powered by 100% renewables!  Despite the challenges ahead, it’s an achievable goal if we remain dedicated to making positive change.  Even small steps taken today can lead us closer towards our ultimate goal.

By taking action together now, we can create a healthier planet for ourselves and generations to come.. Made possible by transitioning to 100% renewables!

Reaching 100% renewables by 2050 would be a milestone in human history. In addition to helping protect the planet from further climate disruption and negative environmental impacts, it would also have far-reaching effects on our daily lives as well.

For starters, reaching 100% renewables by 2050 could mean an end to electricity bills—or at least a greatly reduced cost of energy usage over time. It would also mean fewer emissions-producing power plants, and potentially even the replacement of polluting transport modes like cars with renewable energy vehicles.

Finally, with electricity so abundant and affordable, we could see dramatic improvements in productivity and lifestyle efficiency as businesses switch away from mains power to renewable sources such as solar or wind energy.

Reaching 100% renewables by 2050 could mean such a positive transformation that it’s hard to comprehend the full extent of how our lives –and indeed, our planet -would change for the better in just thirty years’ time.

What are some things we can do to help make the transition to 100% renewables happen sooner rather than later?

Making the transition to 100% renewables is an ambitious but important goal for humanity if we want to limit our damage to the environment. This process, however, can be long and complex, involving not only major technological innovations, but also shifts in public perception and policy changes.

So how can we make this happen sooner rather than later? We need to take active steps to prioritize renewable energy in legislation and improvement of infrastructure. That said, change at a grassroots level can also have a lot of impact. Encouraging individual households, businesses, and communities to install solar or wind powered systems and reduce their emissions will eventually stack up into real change. Governments and larger businesses could offer incentives such as tax credits or subsidies for environmentally friendly investments.

Finally, citizens themselves need to be educated about green power options so that they can pressure their elected officials for more aggressive action on climate change. All of these measures combined could accelerate our shift towards 100% renewables so that we are better prepared for the future. ​​​​​