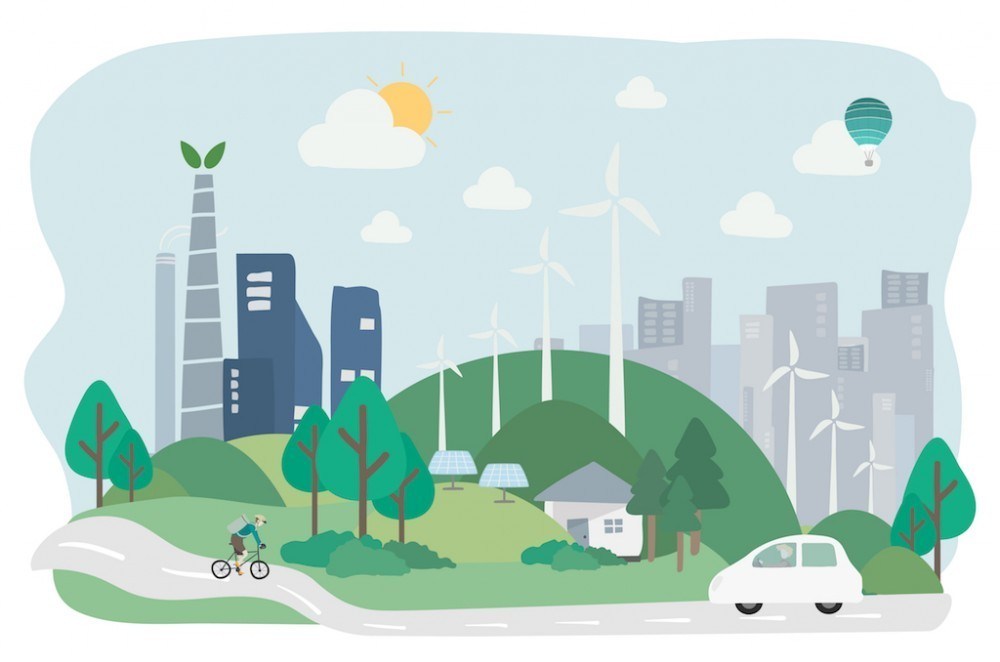 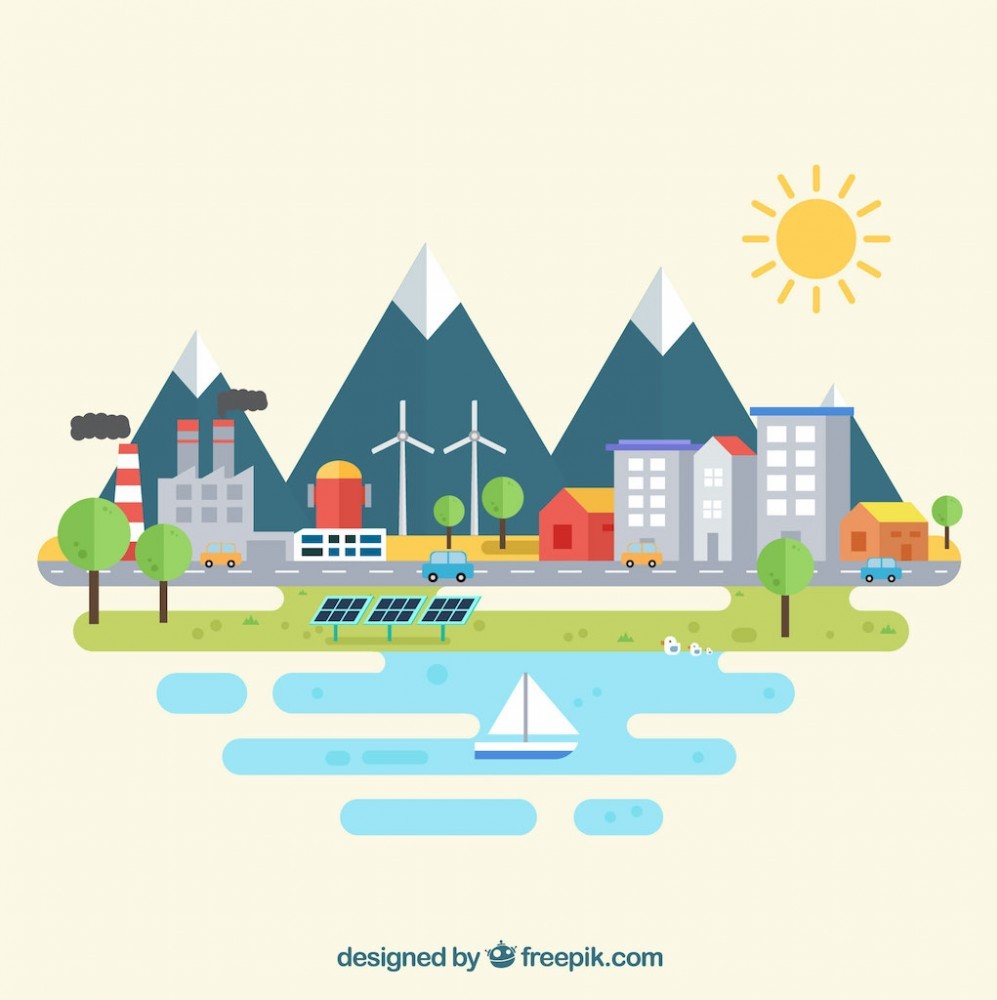 What is carbon capture technology? It is the direct capture of carbon from the atmosphere using a chemical process. Right now, Carbon dioxide (CO2) is one of the greenhouse gas (GHG) that greatly contributes to climate change.  At the moment, the world is still pumping out nearly 33 billion tons of CO2 and other greenhouse gases every year, even as more renewable energy sources like wind and solar power come online.

Fossil fuel use is the primary source of CO2. CO2 can also be emitted from direct human-induced impacts on forestry and other land use, such as through deforestation, land clearing for agriculture, and degradation of soils.

Carbon dioxide emissions have a dominant influence in the atmospheric CO2 concentration during the 21st century and hence global average temperatures and sea levels are projected to rise as explained by the Intergovernmental Panel on Climate Change (IPCC).

As such, about 189 nations have joined the UN Framework Convention on Climate Change (UNFCCC) with the aim of stabilizing greenhouse gas (GHG) concentrations in the atmosphere at a level that would prevent dangerous anthropogenic interference with the climate system.

Under the UNFCCC Paris agreement, about 195 nations agreed to respond to the threats of climate change by keeping a global temperature rise in this century well below 2 degrees Celsius above pre-industrial levels while pursuing even a more ambitious target to limit the temperature increase even further to 1.5 degrees Celsius.

Some of the technological options recommended by the IPCC for reducing net CO2 emissions to the atmosphere include:

All the above options, except option number five (5) are being implemented widely and the science and economics for reducing CO2 using these options are technically and economically feasible as the technologies applied in these sectors are commercially or readily available. However, capturing and storing CO2 chemically or physically is one area that is still new and IPCC in their new report suggests that effective carbon capture sequestration (CCS) techniques are unproven at large scale and some may carry significant risks for sustainable development.

As such, here we attempt to define and capture CCS by reviewing various materials on the internet as well as check a few companies that are trying to commercialize the CCS technology.

If CSS is proven as a technology that can be used or massively deployed to reduce the increasing CO2 in the atmosphere, it can be used with the other technologies to reverse the recent trends in global CO2. The IPCC notes that if the recent trends in global CO2 emissions continue, the world will not be on a path towards the stabilization of greenhouse gas concentrations. For instance, between 1995 and 2001, the average global CO2 emissions grew at a rate of 1.4% per year while the new IPCC report points out that, through the year 2017, the concentration of greenhouse gases (GHG) emissions in the atmosphere had already warmed the world by one (1) degrees Celsius.

The new report notes that if the global temperatures rise more than 1.5 degrees Celsius above pre-industrial levels; climate risks to society such as extreme weather, rising sea levels, and diminishing Arctic ice will increase dramatically.

What is Carbon Capture Technology?

What is carbon capture technology? Essentially, CCS is a technology that can be used to capture up to 90% of the carbon dioxide (CO2) emissions produced from the use of fossil fuels in electricity generation and industrial processes, preventing the carbon dioxide from entering the atmosphere. CCS consists of three parts namely:

100% renewables are possible, although as long as fossil fuels and carbon-intensive industries play dominant roles in the economy, carbon capture and storage (CCS) will remain a critical greenhouse gas reduction solution. That is, with coal and other fossil fuels remaining dominant in the fuel mix, there is no climate-friendly scenario in the long run without CCS according to the International Energy Agency (IEA).

IEA notes that CCS is not a “silver bullet” by itself, but a necessary part of a coherent portfolio of energy solutions that can reinforce one another including but not limited to deployment of various clean energy technologies, including renewable energy, nuclear energy, cleaner transport technologies, and energy efficiency. IEA also points out that as we develop and deploy CCS, we should also strive to minimize the amounts of CO2 resulting from fossil fuel use by building and operating the most efficient power stations and industrial facilities.

CCS is seen as the only large-scale mitigation option available to make deep reductions in the emissions from energy-intensive sectors such as cement, iron and steel, chemicals and refining. According to IEA, today these emissions represent over one-fifth (1/5) of total global CO2 emissions, and the amount of CO2 they produce is likely to grow over the coming decades. IEA notes that energy efficiency improvements in these sectors coupled with CCS technology in these industrial applications are needed urgently to help tackle climate change.

Carbon Capture and Storage (CCS) is hence a vital tool in the global fight against climate change when applied both in the power sector and industrial sector. 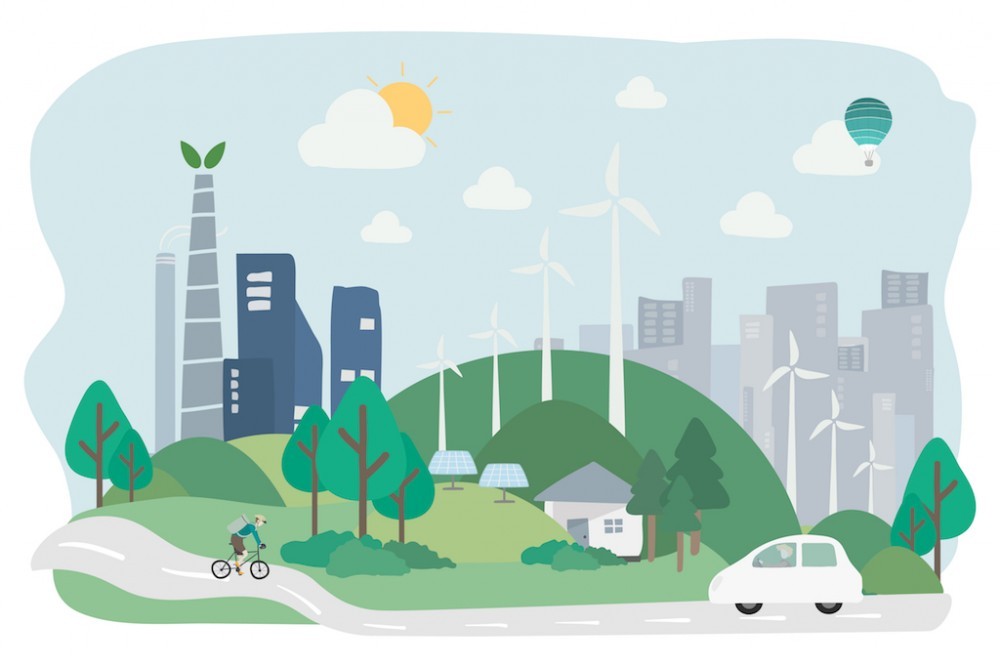 Carbon Engineering is one of the companies that has explored the use of CCS technology, what it calls direct air capture in which carbon dioxide is removed from the atmosphere through a chemical process, then combined with hydrogen and oxygen to create fuel. At least seven companies worldwide are working on such an idea.

Swiss-based Climeworks has already built a commercial-scale plant. However, it costs Climeworks about $600 US a tonne to remove carbon from the atmosphere, but Carbon Engineering says it can do the job for between $94 US and $232 a tonne since it uses technology and components that are well understood and commercially available.

Through the use of commercially available technology, Carbon Engineering’s plant in Squamish, B.C says it should be easy to scale up and currently pulls about one tonne of carbon a day from the air to produce two barrels of fuel. Carbon Engineering’s fuel costs about 25 percent more than gasoline made from oil. Since it is not made from crude oil, Carbon Engineering (CE) claim that their Air to Fuel technology provides a tool to significantly reduce the carbon footprint of the transportation sector by recycling atmospheric CO2 into liquid fuel and displacing crude oil.

According to CE, it gives an ability to harness low-carbon electricity such as solar PV, and material inputs of water and air, to generate fuels that are drop-in compatible with today’s infrastructure and engines. CE adds that their technology forms an important complement to electric vehicles in the quest to deliver carbon-neutral 21stcentury transportation, as it captures it, “While short-haul transportation is amenable to electrification, long haul transport, as well as marine and air travel, require the high energy density of liquid fuels (liquid fuels like diesel have an energy density 30x greater than today’s best batteries).”

In conclusion, in my opinion, I think a mix of renewables, coupled with CCS technology and low-carbon fuels are needed for a more sustainable and carbon-neutral future. There is no one technology that can provide all the technological solutions needed to move towards sustainability and carbon neutrality. Also, a mix of policy and regulatory instruments are needed. The government will apply different push and pull incentive strategies to help deploy or commercialize CCS technology for wider adoption than it is today.