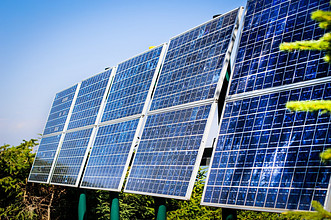 The solar battery bank is the most important component of a PV system. It stores electricity produced by your panels during the day and provides power to your home in the evenings. Not all batteries are created equal, so choosing one can be tricky.

The type of solar batteries you should use depends on your household size, energy needs, and what types of loads are used. For domestic users who only have low-power lights in their home, for example, an off-grid bank with 100 watts (W) per day capacity might suffice. Likewise, if they live close to town and get the most power from the electricity grid then deep discharge or high efficiency is less important because any excess PV power can be traded back into the electric utility company’s network at very competitive prices so that it can make its way to those customers who need it over time without them having to buy expensive backup storage systems like large banks of batteries. Different types of batteries are discussed below so that you can choose which one is best for your needs:

In conclusion, there’s no definitive answer to which type of battery bank will power your home best because different types have their own advantages and disadvantages–but now you’re armed with enough information to make a decision. If you’re interested in solar power, check out more battery options here.