Does a solar water pump work in cloudy and foggy days? 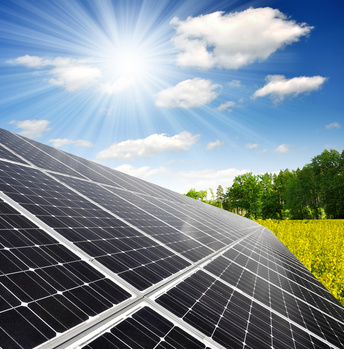 When people switch to solar power in the first place, they will tend to have a lot of different concerns. These concerns are in place whether people choose to buy a solar-powered water pump, solar fountain pump, solar-powered pond pump, or solar fountain kit. People will often specifically ask whether or not they can expect the same performance from their solar-powered water pumps when it starts to get cloudy outside. The answer to this question is complicated, actually, and it depends on a number of different factors.

Not all of these products are manufactured the same. In most cases, solar pumps will work during foggy and cloudy days, because all that is needed is sunlight to trigger loosely held electrons on solar panels to produce electricity. At nighttime, solar panels will definitely not produce electricity, but battery banks can be used to store excess electricity products in the daytime so that they can be used in the night time. It is advisable to read reviews in order to find the solar-powered water pumps that will work for you if you live in areas that are prone to experiencing overcast days.

Quality of the Battery

There are some solar-powered water pumps that have fantastic rechargeable batteries. This gives them the ability to store the power that they produced during the day for long periods of time, making nighttime operation possible. Clouds will never block out the sun entirely, so storing and producing energy during overcast days will still be possible for products like these. The pond boss PF66SOL-B Solar Fountain Pump Kit is a good example of this sort of solar fountain kit.

Obviously, solar fountain kits like this will still have some issues. For one thing, many of them will only work for relatively small bodies of water. In other words, they didn’t need all that much power, to begin with, so it’s easier for them to run on the relatively small amount of power that they can store during the day when it’s sunny outside.

It’s also possible that these solar fountain kits will still work at night, but they won’t work for the full night. People who are relying on more continuous operations might still have an issue with these devices. Some batteries will be better than others, and they will make continuous nighttime operation more or less plausible for the people who need it.

There is no doubt about the fact that solar-powered water pumps will tend to run into problems on overcast days or when it’s dark outside. A lack of direct sunlight is still an issue for all of them. People might need solar-powered water pumps that can also rely on other forms of power during certain points. Diesel or electric fuel will be able to make up the difference.