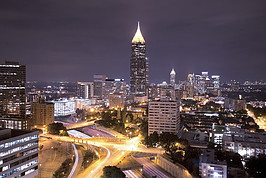 Going solar is a trend within the hospitality sector for marketing to customers.

Going solar is becoming a trend in many business sectors as the cost of solar panels continues to plummet. This is not different in the hospitality sector, as more and more hotels continue to embrace the concept of going solar because of the economical, social and environmental benefits associated with the idea. Some hotels also see solar PV as a tool for marketing their businesses as “going green” even as hotel customers become aware of environmental stewardship because of the increased awareness about sustainability challenges like climate change.

As such, many hotels continue to develop sustainability strategies to adopt clean innovations such as solar PV and other sustainability initiatives that help to improve their competitiveness while at the same time building their reputation as a hotel brand.

Sustainability or green marketing for hotels.

Among the hotels that have developed a sustainability strategy, they are able to adopt other going green initiatives such as the installation of free electric vehicles charging stations; implementing energy efficiency measures such as switching to efficient energy bulbs, or LED and installing occupancy sensors that help to automatically turn off lights when hotel rooms are not occupied. Also, such hotels have adopted systems to help them recycle more and reduce material waste as much as possible in addition to the installation of high-efficiency HVAC systems and switching to roofing that has increased insulation to prevent heating and cooling energy losses.

Uses of a solar power system for hotels

When it comes air conditioning, solar PV can be a great contributor in gaining a lot of energy and money savings because many hotels need a lot of heating and cooling throughout the year, since air conditioning is usually the heaviest load, accounting for more than half of the total energy consumed in a hotel. Other typical loads of a hotel are almost like for an ordinary household or slightly different and may include the following depending on what type of hotel it is i.e.

Due to the above benefits of going solar, many hotels consider being environmentally responsible and “going green” to be an important priority. Solar PV is now increasingly being perceived as a green measure that is also a good financial investment over the long-term mainly because of electricity bill savings using green energy.

One good hotel example that has considered going solar very recently is Marriott in Lancaster, Pa, the first Marriott-branded hotel in the U.S. with 100 percent of its electricity needs to be generated from solar power. The total installation cost will amount to about $1.5 million and will be the first hotel in the USA to be 100% solar powered according to GLOBE NEWSWIRE. Once the solar installation is completed, it will make the 133-room hotel in the United States to be the first solar array in the country for the sole purpose of generating 100% of the electricity needs of a hotel. The installation will involve more than 2,700-ballasted photovoltaic panels made of a solar array with Q Cells manufactured by Hanwha Cells Co., Ltd., headquartered in Seoul, South Korea. The solar array is expected to produce 1,239,000 kWh of power for the hotel that consumes 1,117,000 kWh and through net-metering, any excess power produced by this solar power system will be sold to the utility.

There are so many other hotels that are going solar and we will be capturing some of these hotels in our future blogs. For now, if you are a hotel owner or manager that is interested in going solar for both economic or environmental reasons; we have captured some online tools and data sources that can help you find the right solar power system for your specific hotel using LIDAR powered online tools as explained below.

The above going solar for Marriott in Lancaster, Pa, is a great example that can be considered a commercial solar power system which can qualify for tax credits from the government, for example, the Investment Tax Credit (ITC) which can be claimed through taxes of the company investing in building this solar power system. Depending on what financing model to be adopted whether cash, solar PPA, a loan or solar leasing; the owner of the solar power system can save up to 50% of the cost using tax incentives, rebates as well as renewable tax credits which are available from the government and other organizations to promote solar innovations.

High Hotels, which is an investor for this solar project, received a grant of $504,900 from the Commonwealth Financing Authority (CFA) through the Solar Energy Program to complete the project.

Finding the right solar power system for your hotel

To get started about finding the right solar power system for your hotel; you can get started using this solar panel cost calculator from the EnergySage and you will be guided through the process of going solar for your hotel by solar energy advisory that understands your specific needs based on the solar irradiation data collected using LIDAR technology.