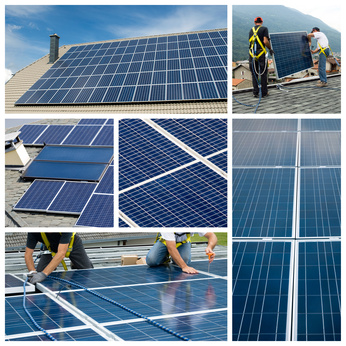 Many businesses and homeowners may have the money to buy solar, but not so many people want to spend their cash to go solar because of competing needs such as business expansion paying off their mortgage, going to school, etc. For example, if it is a business, the CEO or the CFO may want to invest their finance in other places such as in business operations or expansion and put solar on hold for sometime even when it makes financial sense.

While a homeowner, may or not have all this money upfront to purchase a solar power system and may consider spending their cash in reducing their mortgage balance. Also, many solar considerers may not want to enter into debt in order to go solar.

It is because of such reasons that made companies like SunEdison and SolarCity to develop financing innovations that don’t require potential solar customers to spend their cash to buy solar panels. Instead, potential solar buyers will only purchase the electricity generated by solar panels installed on their rooftops and which they don’t have to own.

This innovation is the famous solar power purchase agreement (solar PPA) that unlocked the solar industry in the mid-2000s and as a result of this, companies that pioneered this model including SunEdison and SolarCity have become some of the largest solar companies in the world.

How do you go solar with no money down?

Companies that apply solar PPA sell solar as a service because a solar buyer does not have to own the equipment (solar panels) that could be unaffordable to them because of the high initial cost. Also, most businesses or individuals in many cases don’t want to spend their cash to buy solar panels.

Solar companies like SunEdison enter into partnerships with investors, including institutional investors or individuals interested in making a return on investment (ROI) when customers go solar. Solar companies partner with a pool of investors to sell solar as a service while solar investors are provided with incentives that make solar financially attractive. Such incentives such as net-metering and solar renewable energy credits (SRECs) are created by the government to accelerate the growth of the solar industry. 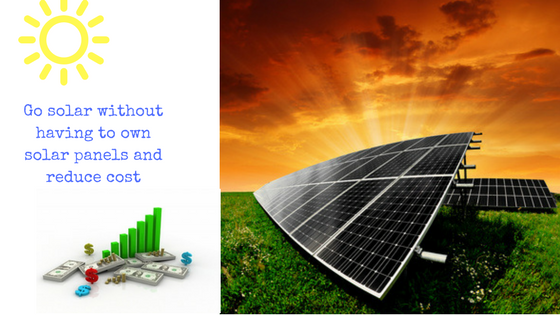 Net-metering allows for selling excess solar electricity into the grid when a solar system is generating more solar power than it is being consumed and credit is offered to the solar owner at the end of the billing year.

One SREC is equivalent to 1megawatthour (MWh) of solar electricity generated and is sold in the renewable energy certificates markets (renewable energy portfolio standards). Just to give you an estimate, a 10 kW facility generates around 12 SRECs annually while the SREC price can range anywhere from $4/SREC to $480/SREC and when an investor owns your solar equipment they generate SREC money for 25 years which go towards their solar panels investment.

The investor generates SREC money for 25 years since the lifespan of a solar panel is about 25 years. It is such incentives that make investors want to buy solar panels while you as the business or individual/family benefit from locked-in solar electricity rates to hedge against volatile energy prices. The price of solar electricity is locked-in because solar energy fuel is natural and hence free; while the solar panels (equipment) are paid for by the investor.

Selling solar as a service means that solar companies don’t sell solar panels to companies, but instead, sell the electricity generated by solar panels owned by investors they are in partnership with. In this model, since solar adopters don’t own the solar panels; homeowners or businesses don’t have to worry about the maintenance or any other operational costs associated with going solar.

Benefits of the solar PPA model

Can you benefit from solar PPA?

Although before you start a solar PPA process without owning solar panels or maintaining them; you might want to consider whether a solar PPA model has been approved in your country or state.

Over 40 states have approved solar PPA and some have not approved solar PPAs. However, one can still benefit from other solar policies such as net-metering, SRECs and investment tax credits that make solar financially attractive. Using such incentives for solar, one can be able to reduce the cost of solar with up to 50% depending on their tax appetite.

How can you start today?

Nowadays you don’t have to research from various webpages to reach your conclusions or find the information you may be looking for. You can also compare different solar providers with the best solar service or solar prices.

These days with the onset of decision online solar tools, you are able to find out what solar providers are available in your local and select from a pool of pre-screened solar installers using these online solar tools.

Also since one needs to know whether their roof is receiving good solar irradiation; online solar tools are powered through LIDAR (Light Detection and Ranging (LIDAR)) – a technology combining location and distance data recorded by the scanner, software packages that generate a 3D model of a location.

Such data is collected using planes to give good estimates about your solar irradiation and is enhanced using google earth so that you only type the address of your location to determine your specific solar irradiation (solar potential).

Therefore, you can find out your solar potential at the click of your mouse and get to know how much you can save with solar or answer the question: Are solar panels worth it?

Get started today by registering with either EnergySage for free to find out which solar energy plan is good for you. There is no one size fits for all-every home or business has different roof sizes and design considerations that affect your solar energy potential, financing while the solar provider is based on your selection.