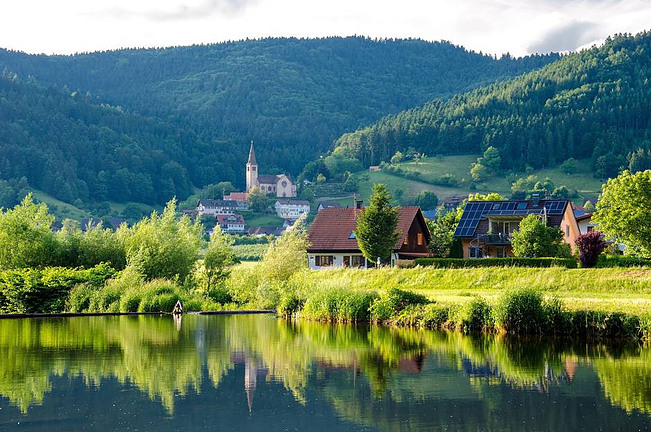 The use of renewable energy sources is becoming increasingly important as the world looks for ways to reduce greenhouse gas emissions and combat climate change. While many countries are still heavily reliant on fossil fuels, a growing number of nations are turning to renewable energy to power their economies. In this blog post, we will take a closer look at which countries are leading the way in terms of renewable energy and what they are doing to achieve their goals.

It’s worth noting that these countries also have small population and are not heavy energy consumers. Some cities and communities around the world have also achieved 100% renewable energy but they are few.

It’s important to note that some countries might be running on 100% renewable energy on certain days or certain hours. This happens because of the variability of renewable energy sources, such as solar and wind power.

So, how are these countries achieving their goals of increasing the use of renewable energy? There are a number of different strategies and policies that are being implemented.

Another important strategy is the implementation of targets and goals for the use of renewable energy. For example, the European Union has set a goal of sourcing at least 32% of its energy from renewable sources by 2030. Similarly, many countries have set ambitious targets for the deployment of wind and solar energy.

Finally, many countries are also focusing on energy efficiency and conservation measures as a way to reduce overall energy demand and make it easier to meet their renewable energy targets. This includes the promotion of energy conservation measures, such as the use of energy-efficient appliances and buildings, and the implementation of green building standards.

In addition to the strategies mentioned above, many countries are also utilizing a mix of different renewable energy sources to ensure a steady and reliable supply of power. For example, a country might rely heavily on hydropower for electricity generation during the wet season, while also investing in wind and solar power to provide energy during the dry season. This diversification of renewable energy sources helps to minimize the impact of any variability in output and allows countries to better manage their energy supply.