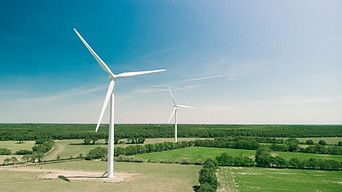 Wind power is an important alternative energy source. How do wind turbines work? How do they generate electricity? How are they different from traditional power plants like coal or nuclear? Let’s take a look at some basics of turbine technology and find out!

Wind power is a renewable, clean resource that offers the potential for significant energy savings. Wind turbines are one of many types of devices or machines used in wind power generation systems.

A wind turbine works by taking advantage of kinetic energy in the wind. The wind is a constantly moving fluid, and when it interacts with an object (like a turbine), some of that movement can be converted into other forms of energy such as heat or electricity. The basic idea behind how this conversion takes place revolves around Newton’s third law: for every action, there is always an equal opposite reaction. In short, as air pressure on one side of the rotor pushes down, high-pressure air will rush to fill up low-pressure spaces on the other side. This creates more lift – the force which causes motion upward and rotation – than drag ̶ another force which acts in a direction opposing the motion.

Wind turbines are usually grouped together, and each of these groupings is called an “array” or wind farm. These arrays work well because they take advantage of what’s known as wind shear: different speeds at various heights due to differences in air density. Wind shear can change from day to night, or even with weather patterns ̶ it has been found that some places have more predictable winds than others ̶ but generally speaking, the wind starts out higher up, then drops down closer to the ground. The combined power output for all the turbines in an array or wind farm will be greater than anyone turbine on its own.

The size of a rotor determines how much energy it needs to rotate; this is measured by “swept area” in square meters. How much energy is needed to rotate the rotor can be predicted by knowing the density of air, which varies from place to place ̶ it’s denser at sea level than up high.

What happens once a turbine has been turned on? The wind rotates the blades around until they reach their maximum speed and generating capacity. By that point, there will have been enough electricity generated for power lines to distribute some or all of it where it needs to go: locally within an array, or onto transmission wires leading out into grids supplying customers with electricity miles away.

Wind turbines use significant amounts of steel; every material used affects its weight and performance differently, so manufacturers usually balance these factors when deciding what materials to use.

Every wind turbine must be anchored to the ground and, in high-wind areas like offshore installations, they are usually designed as a monopole (since the tower can be knocked over).

Wind energy accounts for approximately 5% of global electricity generation today but given that there is still plenty more room left before other sources of energy are tapped out, it should be able to claim a much larger percentage in the near future. 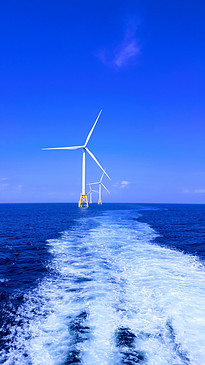 Wind turbines work by converting kinetic energy into mechanical power, usually with three blades rotating up to 80 times per second. The wind turns each blade around an axis which is mounted on bearings or pivots so that it can turn freely from side to side and react against air resistance. This rotation drives two sets of generator armature coils: one set inside its housing called the rotor (or hub) next to where the shaft extends through; and another outside, pushing magnetic field lines down onto copper coils wrapped around any number of poles depending on how many electrical phases there are in total – typically just single-phase AC for homes but three-phase needed for most industrial or commercial applications.

There are two main types of wind turbines. These are:

Vertical Axis Wind Turbines (VAWT) rotate around a vertical shaft on the ground or as part of an offshore platform – which generates electricity by hoovering up kinetic energy from the force created when air is pushed against it use blades mounted to its outside circumference. The rotor blade faces the prevailing winds and rotates in one direction while generating power with every rotation because each blade has both lift and drag forces applied to them during operation. This type of VAWT can be very effective at lower heights where there’s more resistance but less efficiency than higher altitudes like offshore.

Vertical axis wind turbines can be mounted on fixed, or mobile structures. Fixed vertical axis wind turbine mounts typically have one rotor with blades that turn in the prevailing winds and generate power from their rotation while mobile versions usually employ a nacelle that houses the generator and rotates along with each blade to capture as much energy as possible during operation. 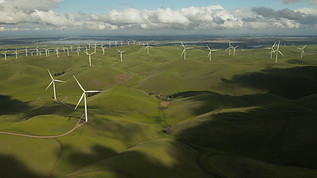 Horizontal Axis Wind Turbines (HAWT) is probably what you’re more likely picturing when someone mentions “windmill” because they work by capturing kinetic energy generated by a spinning cylinder – called a rotor disc – at right angles to the direction of airflow created by its turning blades, so it’s constantly hoovering up air molecules until there is none left in front of it.

Permanent Magnet Generators (PMGs) have a rotor with permanent magnets mounted on it that spin through alternating polarity fields created by the power company’s alternator and create electricity while doing so. PMG windmills are significantly less expensive to install than turbines, but they produce energy at lower RPMs because the magnetic field is stronger nearer the generator core.

Wind Turbines can be used in applications such as supplying power for homes or other smaller buildings, heating water for residential use, pumping water from wells, or providing ventilation in mines and potash evaporation ponds where its constant motion provides cooling relief from the intense heat of summertime work conditions. 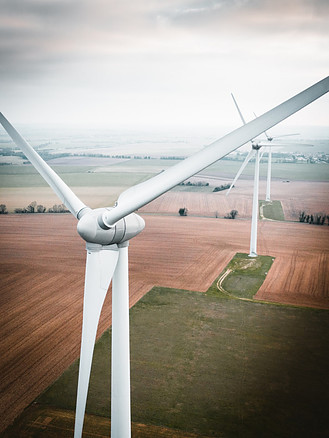 Cost: How much do wind turbines cost? A small turbine costing $2000 can generate about one kilowatt of power, or enough to light a few bulbs in your house continuously for an hour. Larger turbines generating at least 500 kW peak output should be able to cut the electricity bill by half – but they’re expensive at around $100,000 each.

Environmental impact: Wind turbines have a low environmental footprint because no fuel is used and the buildings that contain these machines use less energy when air conditioning isn’t needed. However, some environmentalists believe there are too many old trees being removed during construction resulting in negative impacts on wildlife habitats, erosion of natural landscapes, and other natural elements.

Siting: How far from the turbines must people live before they start to have a negative impact on their health? Generally, 500 meters is considered an appropriate distance for wind turbine noise but some believe this should be increased as low-frequency sound waves can travel much farther than high-frequency ones.

Safety considerations: Wind turbines are generally safe – all parts of the machine are shielded by either blade covers or barriers in order to protect humans against accidents during construction and operation. However, it has been noted that old methods of constructing the tips made them more dangerous so new guidelines were issued after incidents occurred. It’s also important to regularly inspect propeller blades because these could cause injury if they break off and fly at high speeds into areas that are heavily populated during construction and operation.

Wind turbines have been praised for their ability to produce power without the burden of carbon emissions, but that comes with a cost. Wind farms are more susceptible to noise pollution and accidents than other renewable energy developments because they require large open spaces in which wind can flow uninhibited. Wind turbines were initially designed as an alternative source of clean energy when fossil fuels began being phased out due to global warming concerns; however, there is still some environmental impact associated with this type of development even if it does not pollute the atmosphere as traditional plants do.