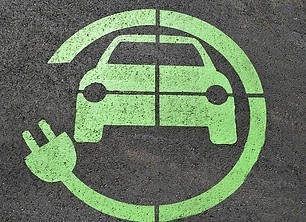 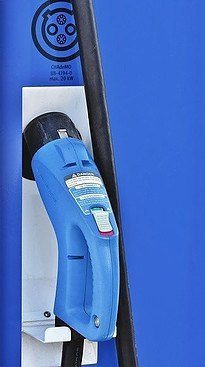 With the increasing demand for solar powered buildings, solar powered vehicles (electric vehicles(EVs) ) and smart grid power solutions; it is certain that there will be high demand for batteries. Many batteries including nickel and cobalt batteries pose an environmental threat to our natural ecosystem because of heavy metals.

From a system thinking perspective or a life-cycle basis – EVs, as well as all other going solar concepts, need alternative battery or storage solutions to significantly increase their environmental performance compared to conventional diesel or gas-powered vehicles.

For instance, in this article concerning EV sustainability issues, we saw that EV batteries are predominantly Lithium-ion batteries (e.g., Nickel-manganese-cobalt (NMC), lithium nickel manganese cobalt oxide (NMC)) which use lithium, cobalt, nickel, and graphite. As such, even with sustainable recycle and re-use programs to tackle the threat to the environment with increased adoption of EVs in the future, the development of sustainable materials or building new EV batteries that are zero in heavy metals will help to tackle these concerns from a system perspective.

Technological breakthroughs at the IBM research could help to solve the battery sustainability challenge:

Researchers at the IBM research just unveiled recently a new battery discovery than could revolutionize the entire battery industry and help to solve the EV and going solar sustainability challenges when it comes to the elimination of heavy metals.

According to IBM research, it discovered a new battery which will eliminate the need for heavy metals in battery production and transform the long-term sustainability of many elements for our energy infrastructure. IBM research has discovered chemistry for a new battery that does not use heavy metals or other substances with sourcing concerns because the materials for this new battery are able to be extracted from seawater. Consequently, this lays the foundation for less invasive sourcing techniques than current material mining methods as noted by IBM research.

The new battery technology is also very promising because of its performance potential as determined in its initial tests which proved the new battery has faster charging time, higher power and energy density, storage energy efficiency and low flammability compared with the capabilities of lithium-ion batteries.

In addition, the new battery design could outperform lithium-ion across several sustainable technologies because it uses cobalt and nickel-free cathode material, as well as a safe liquid electrolyte with a high flash point. As such, this new battery design and chemistry includes a unique combination of the cathode and electrolyte demonstrated an ability to suppress lithium metal dendrites during charging, thereby reducing flammability, which is widely considered a significant drawback for the use of lithium metal as an anode material.

Lithium-ion batteries seem to be current battery technology at the moment, however, if new the battery discovery by IBM research is proving to perform better technically and environmentally, this discovery holds significant potential for electric vehicle batteries.

According to IBM research, the new battery will have a huge potential because of its flammability, cost and charging time.  It can reach an 80% state of charge with its configuration for high power at less than five minutes as shown during its current tests. IBM research is also using AI and machine learning techniques to mine huge data points that have helped to speed up this research and with better accuracy testing and the set hypothesis.