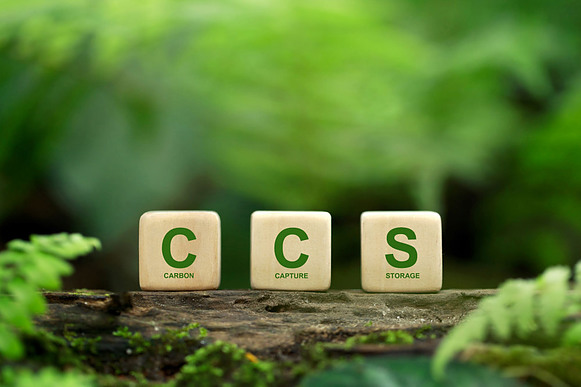 The technology behind carbon capture – the process of trapping carbon dioxide emissions before they enter the atmosphere – has been around for decades. But it remains prohibitively expensive, and its effectiveness at reducing emissions has been called into question.

That hasn’t stopped companies and governments from pouring billions of dollars into research and development of carbon capture, in the hope that it can be a key tool in the fight against climate change. But many experts say that investing in carbon capture is a risky bet, and that the money would be better spent on other measures to reduce emissions.

One of the biggest problems with carbon capture is its cost. The technology is still in its infancy, and it remains very expensive to build and operate carbon capture facilities.

Another problem is that carbon capture is only effective if the captured carbon dioxide is stored safely and securely. There are currently no large-scale storage facilities for carbon dioxide, and it is not clear where or how such facilities could be built.

Finally, there is growing evidence that carbon capture might not be as effective at reducing emissions as once thought. A recent study found that a major carbon capture facility in Canada has been leaking large amounts of carbon dioxide into the atmosphere, negating its ability to reduce emissions.

Given the inherent risks and uncertainties associated with carbon capture, many experts believe that investing in other measures to reduce emissions – such as renewable energy or energy efficiency – is a better bet. But with the world’s governments under pressure to take action on climate change, the lure of a quick and easy solution like carbon capture is likely to remain strong.

The high cost of carbon capture technology is one of the main reasons why it has not been widely adopted. This is because the process of capturing and storing carbon dioxide is energy-intensive and requires a lot of expensive equipment. In addition, there are concerns about the long-term safety of storing carbon dioxide underground.

Another reason why carbon capture has not been widely adopted is that it is not very effective at reducing emissions. This is because only a small percentage of the carbon dioxide that is emitted by power plants and other industrial facilities can be captured using this technology. In addition, the carbon dioxide that is captured often escapes into the atmosphere anyway.

Overall, carbon capture is an expensive and imperfect solution to the problem of climate change. While it may be able to reduce emissions in the short term, it is not a long-term solution. investment.

The potential for negative environmental impacts is another reason to be wary of carbon capture. If the carbon dioxide that is captured is released into the atmosphere, it could contribute to global warming. In addition, the process of storing carbon dioxide underground could cause leaks, which would also result in emissions.

Finally, it is important to remember that carbon capture is not a silver bullet solution to climate change. Even if this technology were widely adopted, it would only make a small dent in the overall problem. To truly address climate change, we need to reduce our reliance on fossil fuels and move towards cleaner energy sources.

The possibility that carbon capture may not be effective in reducing greenhouse gas emissions is a major reason why many people are hesitant to invest in this technology. Given the high cost and potential negative impacts, it is important to carefully consider whether or not carbon capture is the right solution for your business.

If you are considering investing in carbon capture, it is important to do your research and understand the technology. There are a number of different carbon capture systems available, and each has its own strengths and weaknesses. You should also be aware of the potential risks and impacts associated with carbon capture before making any decisions.

Overall, carbon capture is a complex issue, and there are a number of factors to consider before investment. However, if you have the knowledge and resources available, it can be a worthwhile investment for your business. Just be sure to do your homework first and understand the risks involved.

The need for more research on carbon capture before large-scale investments are made is crucial. Currently, there is a lot we don’t know about the long-term effects of carbon capture, and more study is needed to determine whether or not it is a safe and effective way to combat climate change. Until we have a better understanding of the technology, it is important to proceed with caution when it comes to investing in carbon capture. Subscribe to our YouTube channel to be notified of new content. Thank you for reading!