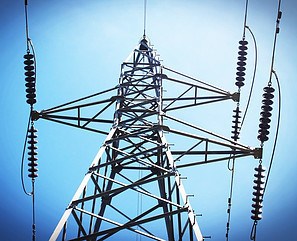 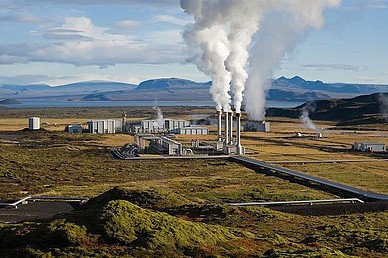 Both geothermal power and solar Photovoltaics (PV) are renewable sources of energy, although geothermal unlike solar and wind energy is not intermittent and hence can be used as a base load power just like other conventional sources of energy powers like large hydro or diesel power generators.

Geothermal energy is a type of renewable energy which is generated within the earth and can be used directly for heating or transformed into electricity.  Geothermal power comes in three ways or power plants, that is, dry steam, flash and binary depending on how the hot water is cooled either under high pressure/low pressure to cool it (Flash) or when the hot water is passed through a secondary liquid with a low boiling point to turn it into vapor to drive the turbine. With dry steam power plants, the steam from the ground is used directly to drive the turbine while producing electricity.

Despite, the technology employed to drive the turbine and produce electricity, geothermal is site specific and not all places in the earth are endowed with geothermal resources. However, according to IRENA, geothermal energy can be sourced virtually everywhere although the vast majority of geothermal resources of economic value that are suitable for power generation are located to close areas of volcanic activity – for example, situated along plate boundaries (majority of the pacific), mid-oceanic ridges (such as Iceland and the Azores) and the rift valleys (such as the East African Rift) or near hot spots (such as in Hawaii).

Hybridization of renewable energy technologies is one way of solving, especially the intermittent nature of solar or wind power. In addition to use of artificial intelligence and machine learning to solve grid stability issues for utility scale solar and wind generation, using base load renewable energy systems such as geothermal instead of conventional power sources such as large-hydro and fossil fuels is one way of stabilizing the grid while decarbonizing it at the same time.

Countries rich in the geothermal resource including USA, Kenya, New Zealand, Iceland, Philippines etc, have benefited from this renewable resource while using it as a base load because of its constant and clean power available in all seasons.

DiMarzio et al. 2015 notes that the first phase of the project began with a geothermal plant, a 33 MW gross binary plant which was commissioned in 2009 and later in 2012 an additional 26MW of solar photovoltaic (PV) power was added to increase the output tailored to complement the geothermal plant output degradation during hot summer temperatures. During the hot summer seasons, the solar generated peak for the solar PV augments the capacity for the geothermal generated base load power increasing the power yield for the geothermal solar PV hybrid system.

However, every technology has its own limitations and when it comes to producing electricity from geothermal for example, the geothermal resource aspects such as temperature, pressure, flow or non-condensable gas content may change over time resulting in decreased power yields. Hybridization of geothermal with solar PV is a more cost effective option to mitigating this problem, because reworking the already depleting well may not be succesful while running a new well runs the risk of a dry or unproductive well (DiMarzio et al. 2015). 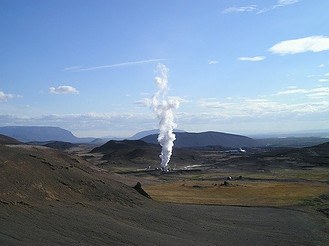 When it comes to integrating solar PV with geothermal renewable resource for residential applications, this article captures some of the aspects of how solar PV and a geothermal heat pump can work in tandem to help regulate your home’s temperature using electricity provided by solar PV. Just like at utility scale, these two technologies even at residential scale can be complementary to help provide the power, heating and cooling for your home. For more details, how these two technologies complement each other at residential scale, check out this article.