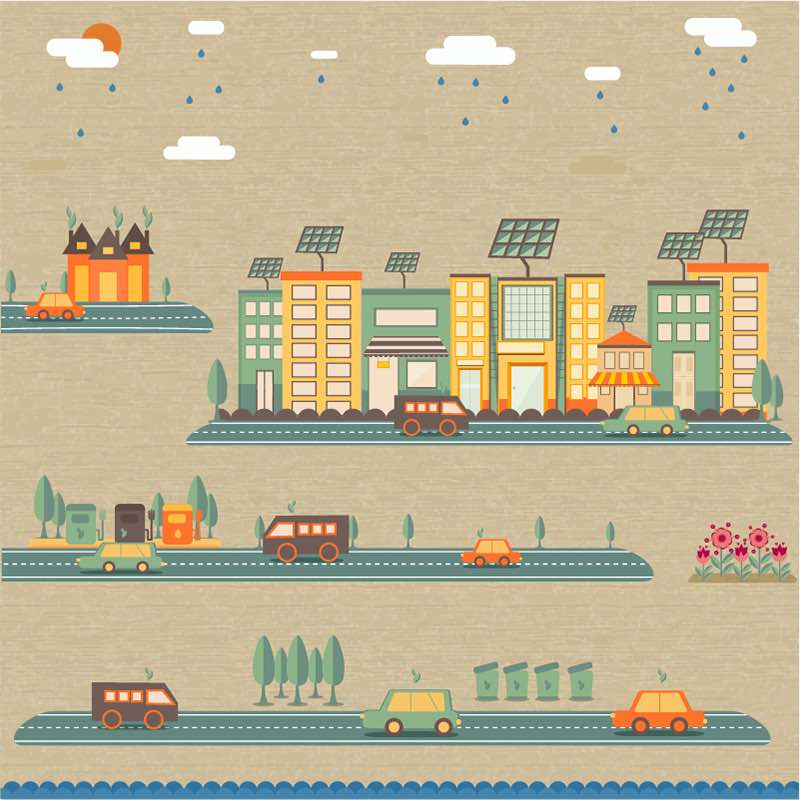 When people are trying to determine the cost of solar panels, they need to take many different factors into account. For one thing, the cost of solar panels will vary tremendously based on the energy requirements of a given household or business. There are also tax credits and rebates and state incentives to consider, since all of these potential discounts can affect the ultimate cost of a solar panel system. People will ask: are solar panels worth it? For many people, the answer will be ‘yes.’

The cost of solar panels has gone down with time. Very recently, people would pay between seven and nine dollars per watt. Solar panel systems are typically measured in terms of kilowatts, meaning thousands of watts, so they could be expensive to install.

In 2017, solar panels have cost people in the United States between 2.87 and 3.85 dollars a watt, meaning the cost of solar energy per watt has decreased by more than half in a short number of years. The average solar system size in the United States is 5 kW, so even before tax credits, many Americans will spend 16,800 dollars for a solar panel installation.

A medium-sized business will often need a solar system that can generate 14 kW. This is almost three times the size of the system a household will need. A micro business might spend even less than homeowners on solar energy. A very large business might need twice as much energy as a medium business.

Some businesses will spend as much as forty thousand dollars on their solar panels even with the tax credits and other discounts. However, this might not be the case for some smaller businesses and businesses that are found in sunny locations.

Calculating Solar Energy Needs: Are solar panels worth it?

EnergySage and many other services have calculators that people can use in order to estimate the amount of solar energy they are ultimately going to need. These calculators will simplify the process for business owners and homeowners substantially.

In order to accurately calculate the cost of the solar panels that they will need, people need to know how many hours of sunlight they will get per day on average in their areas, their typical energy usage, and the amount of electricity that the solar panels in question can generate.

The fact that solar panels generate DC and people need AC also means that around twenty percent of the power is lost, since this process is not completely efficient. Using solar energy calculators allows people to take into account all of those factors at once.

It is possible to do these calculations manually. However, this means that people will need to know all of the figures involved, and they will need to know how much sunlight their home gets on average. Most solar energy calculators will ask people to enter in their addresses, and the system will be able to estimate the amount of sunlight that people will typically get based on their location. This is a step that is difficult for people to perform on their own otherwise.

Suniva solar panels are very effective in general. They have long product warranties attached. Many of them will use high-quality and advanced technology, including an anodized aluminum frame. The costs associated with Suniva solar panels will always vary. It’s difficult to generalize about the price. However, the fact that these solar panels have a great performance and can generate more than 250 watts of peak power means that they should cost less than many others in practice.

SolarWorld is known for having a lot of solar panels that give a great performance. Their design is more stylish than what people will find with a lot of other solar panels. It’s also easier to install them than it is to install a lot of other solar panels on the market. People will need quotes in order to really determine the associated costs with SolarWorld panels. However, this is another service that will tend to offer cells that have a high performance. As such, the costs will often be lower as well.

The energy output and efficient standards for LG solar panels are very high, and most people should have high hopes for them in general. The power that people can get with LG solar panels should be long-lasting. The warranties for LG solar panels are also extensive. This company has a wide range of different products, making it easier for a lot of people to find what they need. LG also has its own convenient calculators on hand that will help people understand exactly how much they can expect to pay if they decide to use LG solar panels.

People who have very low energy needs will almost certainly find that solar panels are worth it. As always, it is important to remember that once people install solar panels, they will continue generating energy that will eventually pay for itself. People who pay for the entire cost of the solar panels will get energy that has no additional costs from that point onward. Some people who use a lot of energy will pay off their solar panels in only seven years. In the case of businesses that use a lot of energy, this can potentially happen very quickly.