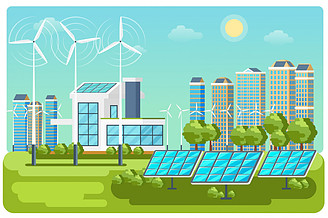 What is solar automation solutions?

Solar automation solutions are solar panels that are fitted with microprocessor or solar management devices. This device allows for the solar system to communicate with an independent central solar monitoring site, which can remotely control various components of solar energy systems including solar storage and solar appliances. These solutions prevent potential problems associated with solar power generation .

Why is solar automation solutions important?

These solar management devices provide data on how efficiently the system is operating, helping homeowners use electricity more efficiently. The results of these real-time measurements also allow homeowners to lower their energy bills significantly by allowing them to see where they can make some slight changes in order to save electricity costs. Solar automation systems allow users to connect directly online with each component within the PV array itself rather than through a solar panel inverter. This allows users to track solar power generation and solar electricity usage. This greatly reduces the need for a monitoring plan, which would otherwise enable solar energy companies to charge higher prices .

Who is using solar automation solutions?

Solar management devices are used by solar energy companies that offer solar services such as installing solar panels on houses. Solar automation solutions also provide homeowners with an opportunity to monitor their solar energy systems in real-time without having to pay excessive fees for these system updates .The ability of the solar management device to gather and transmit data has decreased costs while ensuring solar panels remain operational at all times. Homes and businesses around the world have been able to benefit from the use of solar management devices and this number continues to grow .

What solar automation solutions can improve the solar energy industry?

Because these measurements are processed in real-time, solar panels can be repaired before they experience irreversible damage. This reduces equipment failure rates while lowering the need for additional solar repairs that would otherwise incur higher costs .

This advance has tremendous implications for both residential consumers who may choose to install these systems themselves or go through their local solar provider at a much lower cost than was previously possible without solar automation solutions.

What solar panels can solar management devices be used with?

Solar automation systems are compatible with any solar panel, solar inverter, or solar generator which uses an electronic pulse to communicate. This allows solar management devices to gather real-time data on how efficiently the solar power generation system is working and notify users of any declines in solar panel efficiency or other problems that might arise .

These innovative technologies allow homeowners to see where they can save money on their electricity bill by providing them information on how much electricity they are using at all times. Homeowners are able to better manage their daily energy consumption so that they only use the amount of energy needed for each task rather than wasting energy.

As solar management devices provide solar power generation data in real-time, solar panel output can continue to be monitored during the day and by homeowners at home. Solar panels are more efficient when they are clean, solar automation systems help eliminate dirt buildups on solar panels themselves while also protecting them from algae growth .

Solar automation systems save money for solar companies using these devices because of their capacity to indicate which components need repair or replacement. These solar management solutions give solar providers the opportunity to quickly spot defective components before needing costly repairs that lower productivity .

These technologies have become widely accessible due to increases in affordability, allowing more solar providers and homeowners alike to enjoy their benefits .

Solar management devices have been integrated into solar automation systems to increase the efficiency of solar panels themselves. These innovative technologies allow homeowners to see where they can save money on their electricity bill by providing them information on how much electricity they are using at all times .

Solar dashboards save homeowners more money on their electricity bill because they empower them to better manage their daily energy consumption so that only the amount of energy needed for each task rather than wasting it is used.

One example of a solar automation solution is Sense Energy Monitor with Solar. Sense is one of the home energy monitor that also provides real time solar production data. Sense monitors electricity usage and solar production in one device – Sense Solar.

– Sense monitors electricity usage without sacrificing aesthetics: Sense is sleek and modern, designed to fit into any home and blend in with your existing appliances (faucets, dishwasher, range, washer/dryer).

– Sense Solar can be configured to track net metering data (the difference between electricity consumed and electricity produced) for users who have grid connected solar systems. Sense Solar’s integrated microinverter converts solar panel voltage into a useable current – allowing Sense Solar to wirelessly transmit inverter output information back to the Sense mobile app via Bluetooth Smart technology whenever an iOS device with Sense App installed is within range of Sense Sola. A user could then see how much power his or her solar panels are producing in real time and how much that production is worth monetarily.

– You can check out sense on Amazon!