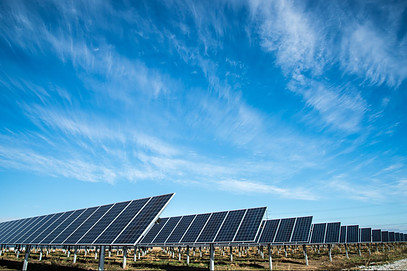 A battery is a device that stores chemical energy and converts it to electricity through the electrochemistry process. A battery can be made up of one or several electrochemical cells. Each electrochemical cell consists of two electrodes separated by an electrolyte allowing the flow of electrons between the two electrodes and electricity is produced. Generally, batteries store energy for later use and can have many applications such as powering equipment or gadgets not connected to the grid. Also, solar bank batteries are used to store power from solar panels for later use perhaps at night when there is no sunshine or during cloudy days when less power is generated by solar panels.

What are solar panel batteries? 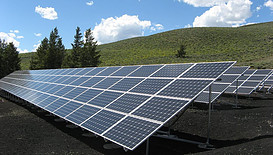 When are solar panel batteries needed?

Solar batteries are useful to store excess electricity for your solar photovoltaic system in cases where: 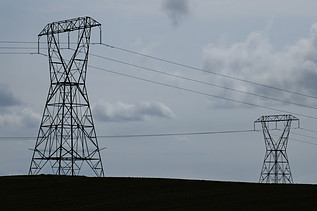 On the other hand, the demand charge is set based upon your maximum hourly power requirement and hence the best way to decrease your electric bill when energy demand is factored in is to decrease your electric bill all at once. As such, utilizing solar batteries will help to lower your overall energy demand thus reducing your energy demand charges as well as high TOU rates. For instance, you can use electricity stored in the solar batteries during high TOU rates and consequently reduce your utility bill.

2. Areas not connected to the grid.

Areas not connected to the grid can benefit a lot from solar power. However, since there is no sunshine at night, you will need solar batteries to store excess electricity produced during the day for later use at night when it is extremely needed for lighting and other uses. About 1.1 billion people around the world still lack electricity and solar-powered mini-grids are well-suited in remote areas as it is much affordable and faster to electrify these areas using renewables than extending the main grid. As such, solar bank batteries will be needed to help store excess power produced by solar panels during the day and use it at night when it is needed.

How much do solar bank batteries cost

Just like solar panels, upfront costs of solar batteries depend on the make and model and there are various types and models of solar batteries in the market today. According to EnergySage, solar batteries’ cost before installation range between $5,000 to $7,000 or from $400 dollars per kilowatt-hour (kWh) to $750/kWh. This cost does not include the cost of the installation which is done by a licensed electrician. For instance, the 13.5-kilowatt-hour (kWh) Tesla Powerwall 2.0 is priced at $6,700 but has a built-in inverter while the LG’s 9.3kWh Chem RESU battery does not have a built-in inverter and cost about $6,000 to $7,000. However, as mentioned before will vary based on how many solar batteries are needed, the make, and the model of the solar battery. At EnergySage, you can get solar battery quotes from different vendors and compare their different prices.

The EnergySage has developed a comprehensive classification system where users can browse and compare several solar bank batteries’ to evaluate their quality ratings based on their most important aspects such as cost, capacity, power, round-trip efficiency, degradation rate, and warranty.

The EnergySage platform is a good starting point to assist you with your solar buying decision, however, it will take a licensed solar installer to make a good assessment of your household or business. In particular, a solar installer will assess your power project requirements, your energy requirements to help you decide on your solar panel and battery requirements.

Get started with a solar panel cost calculator from the EnergySage to estimate your solar panel requirements and get more advice about your battery requirements based on your energy profile or consumption.