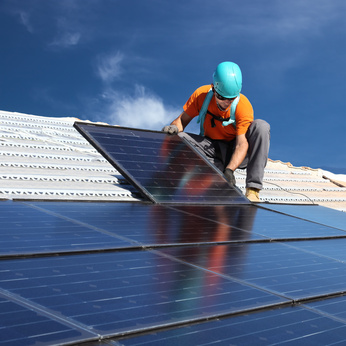 The advantages of solar energy more or less speak for themselves. This is completely clean energy that doesn’t product pollution, which automatically makes it better than many other energy sources. Solar panels don’t product air or water pollution, and they also don’t produce noise pollution, in stark contrast to many of the other energy systems that exist today. Solar energy is also sustainable. While the resources used to create fossil fuels are dwindling all the time, the sun’s energy is functionally inexhaustible.

Interestingly enough, solar energy is also a relatively basic technology. Solar panels have few parts, so they’re less likely to fail than energy systems that feature a lot of intricate mechanical components. Setting up the right equipment and letting the sun do its work is all that it takes. Maintaining solar panels is also relatively easy and cost-effective. Once solar panels are set up in the first place, they’re excellent at harvesting large amounts of sustainable renewable energy. This energy is also free, so solar panels quickly become cost-effective after the initial installation costs.

Solar panels aren’t especially limited in terms of location, either. It’s going to be sunny everywhere at least at certain points throughout the day. It’s a myth that solar power can’t be harvested on cloudy days. Sunnier days are better, but cloud cover doesn’t completely obscure sunlight. With creative positioning, it’s possible to use solar panels efficiently as well.

It’s possible to turn a wide range of different surfaces into energy-producing entities just by adding solar panels. It’s a lot easier to add solar panels to random surfaces than it is to do the same thing with windmills and other energy sources. Creating miniature solar chargers is practical in a way that creating other miniature chargers never will be, and these miniature chargers can be charged in any location. Given how easy it is to make solar panels almost ubiquitous, it’s possible to compensate for some of the challenges associated with the widespread adoption of solar panels as well. With the right level of political will, solar power could be as ubiquitous as sunlight.

These days, one of the main disadvantages of solar energy is that it isn’t as reliable as some of the other forms of energy out there. It’s true that it has become more reliable since it was first introduced. However, solar cells are really only capable of converting around twenty percent of incoming sunlight into usable energy. There are some experimental solar cells that are more efficient than that, but they have not been adopted on a large enough scale yet.

Solar energy obvious cannot be harvested at night, so energy storage becomes very important. There have been advances in the batteries used for this purpose, but they’re still not efficient enough yet to perfectly combat this problem. Solar panels work best when they are angled directly at the sun, which might be a problem for some of the smaller, individual panels that are positioned at a fixed angle.

The initial installation of solar panels is expensive. It is true that they can pay for themselves eventually because they generate functionally free energy. However, the initial costs can still be high, particularly for the businesses and households who want to rely on solar energy.