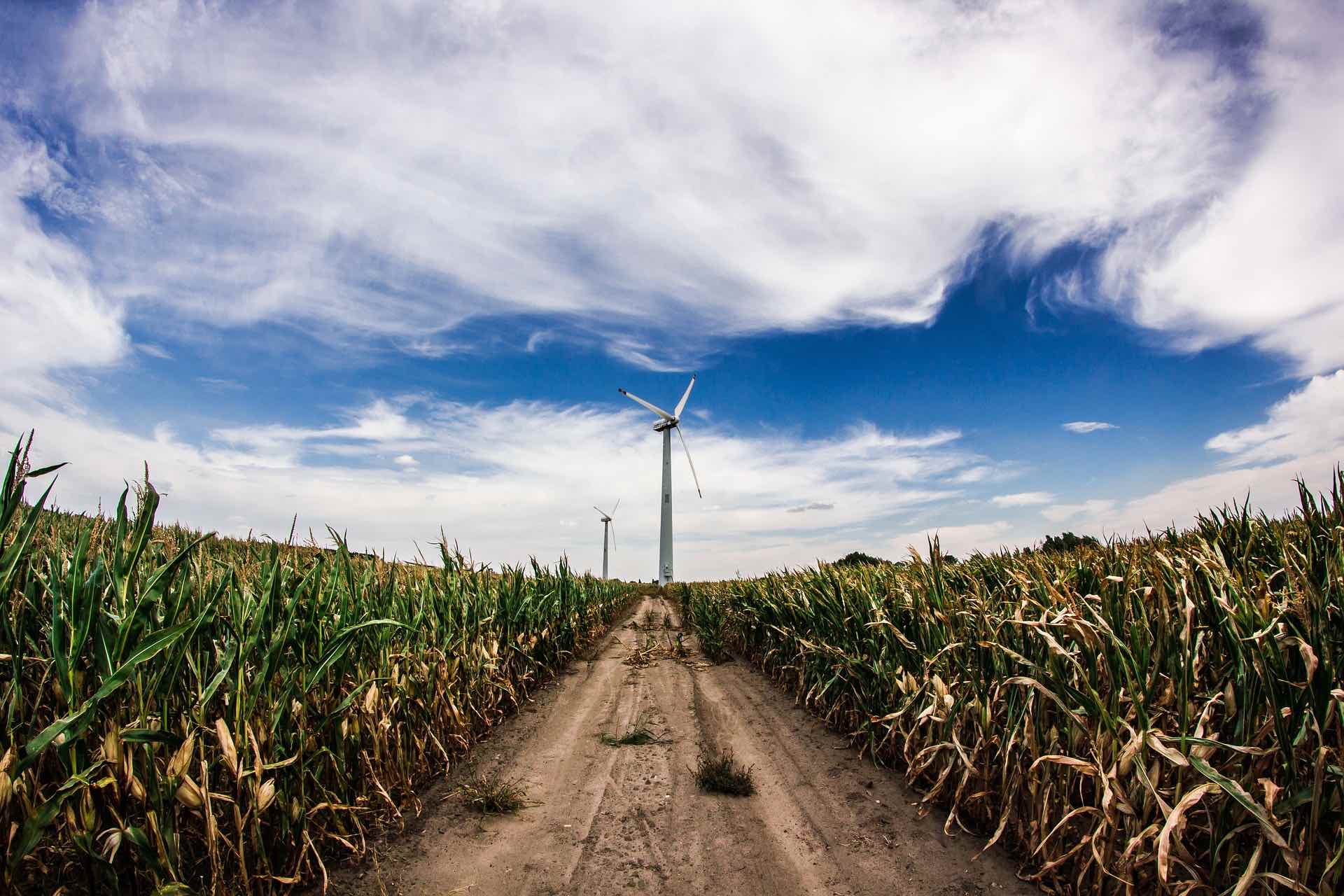 Solar farms for farming or agriculture appear to be perfectly matched. In both cases, people need a lot of sunlight. Agriculture tends to be done in the areas that are perfect for generating solar power in the first place. A lot of farms will run into issues involving fuel shortages from time to time. This isn’t an issue for the modern farms that use solar farms. Given the nature of photosynthesis, people could say that plants are solar-powered anyway. In many ways, solar farms have been used in agriculture right from the start. The modern use of solar farms in agriculture is really just a refinement of the concept.

Solar farms in agriculture has a lot of broad applications. Agriculture requires a lot of energy. The people who get into agriculture will often be surprised by the amount of fuel involved with it. Getting a solar powered water pump can allow farmers to save on electricity costs considerably. Solar farms in agriculture often starts with agriculture solar panel kits, of course. This makes things easier for all people involved. However, there are so many agriculture solar solutions available today that farmers might find themselves quickly converting almost everything to a solar version. More and more farmers will be doing this today.

Fifty years ago, the rise of massive commercial farms was one of the biggest trends in farming. Today, the switch to sustainable energy is one of the biggest trends in farming of all kinds, and it is one that will tend to encourage a lot of farmers right away. This isn’t just about fashion. The benefits of solar farms in agriculture speak for themselves. Getting started may require you to use a solar needs calculator to help you understand how your solar farms may cost and the savings you might end-up utilizing.

The Benefits of Solar Farms Use in Agriculture

Many of the benefits of solar energy in agriculture won’t be so different from the benefits of solar energy in general. However, these advantages will be particularly pronounced in the field of agriculture. People who have chosen to live off the grid have realized a lot of these benefits for themselves personally, and many rural areas will tend to adopt this technology for some similar reasons. Farms are sometimes located in areas that are so remote that conventional power sources will be problematic for them anyway. Even if this is not the case, it’s often a good idea for them to switch to solar power in order to really make everything work.

It’s no secret that the agricultural industry has been in trouble for quite some time. There are tremendously high costs involved just in the act of maintaining a farm. Solar panel kits and solar-powered gadgets can ultimately help a lot of people save money, especially farmers. People tend to doubt that this is the case because they are only paying attention to the initial costs of solar farms installation. However, in many cases, farmers will find that solar farms are truly cost-effective for them.

The initial installation of solar panel kits and many solar-powered devices might be costly. However, from that point onward, the energy that solar panels generate will be completely free, and this is a good deal for farmers. Farmers can also get various deals and plans that will reduce the installation costs associated with solar panel kits. However, even if the farmers do go in for the initial investment, they will find that the solar panels and solar-powered devices will pay for themselves very quickly for a lot of reasons.

Farms occur in areas that will get so much sun and so much sun exposure that the solar panels set up there will tend to pay for themselves at an accelerated rate. Compared to what people would expect with urban or suburban solar panels, rural solar panel kits will seem like an especially great bargain. Farmers will also be able to set up broader solar panels, since they can use more of their land in the process than the people who are just setting up solar panels on their roofs.

Farmers also require more energy in the first place than a lot of other professionals and people with their own properties. The fuel costs of operating a farm are so stiff that a lot of people struggle when it comes to finding environmentally-friendly ways to eat almost anything, because they know that a lot of energy went into creating every bite of food that they eat. The farmers who use solar power will manage to please their customers. They will also certainly reduce their fuel costs substantially, given the amount of money they will spend on fossil fuels just in order to function. Getting agriculture solar farms can make things better for everyone.

The maintenance costs of solar panels are also relatively low. Farmers will tend to spend a lot of money just on maintaining the equipment that they do have. These sorts of costs don’t actually get them anywhere. It all just allows them to keep what they already have. Solar panels are relatively easy to maintain, which should make it that much easier for anyone to be able to save on costs like these. Many farmers will tend to have a much easier time saving on a lot of frustrating costs if they integrate solar farms and solar power into their farms.

Many farmers have to worry about the environmental costs of the decisions that they make more than most people, because they are actually exposed to them. They have to deal with agricultural runoff personally. They are exposed to the environmental costs of agriculture all the time. Simply using solar powered pond pumps, a solar powered fountain pump, or agriculture solar panels can make all the difference for them in many ways. You can use a solar needs calculator to estimate the benefits of having solar farms in agriculture.

Solar farms Use in Agriculture

Obviously, when it comes to solar farms in agriculture, agriculture solar panels are particularly important. Farmers can meet a lot of their different fuel needs by generating solar power in this way. There have been farms that have managed to offset more than ninety percent of their electricity use by getting solar panels installed.

The costs associated with extending power lines into some areas can be so high that a lot of people will struggle when it comes to even generating electricity in the conventional way in rural communities. A lot of rural communities have switched to solar power almost by default. Many other rural communities will be able to follow their example, giving themselves a lot of benefits in the process.

Lots of people tend to focus on energy when they talk about sustainability. However, water is just as important.  Water is one of the most important parts of all agriculture, and not just the agriculture concerned with the raising of fish. Crop irrigation and feeding the livestock matters so much that finding a way to integrate solar power into those systems could truly allow a lot of different agricultural professionals to save money.

A solar powered fountain pump might be less immediately useful to a farmer than a solar powered water pump in general. However, a lot of farms do get fountains installed at different points. Some of them will do this for the sake of aesthetics. Others will do so for the sake of attracting wildlife that might be beneficial to the farm in some way, like birds that will tend to eat some of the insects that might be threatening to the crops. It always helps to have some backup. A solar powered fountain pump can help farmers as well as the people who live in the suburbs.

There are many rural areas that still rely on well water to a certain extent. In some cases, rural areas will rely on well water almost exclusively. In these areas, a solar powered well pump will truly make all the difference in the world for them. Pumping well water has never been easy. A solar powered well pump can often make it as easy as it’s going to get and as inexpensive as it’s going to get for all farmers.

A lot of fish farmers today will be interested in a solar powered pond pump. Something like this will allow them to significantly reduce the costs associated with creating these sorts of ponds in the first place. Fish farming is not easy, but the costs of actually creating and maintaining the ponds will often be higher than many of the other maintenance costs that might be separate from the costs of the livestock themselves.

Keeping a body of water oxygenated is one of the hardest parts of actually maintaining any sort of aquatic ecosystem, actually. As such, having something as reliable as a solar powered pond pump can really make a difference when it comes to keeping a fish farm going. People are less likely to experience the sorts of equipment failures that can actually cause a population of fish to die, since solar-powered devices will keep on generating energy. Solar-powered devices are truly sustainable in more ways than one.

Farmers who exclusively rely on fish farming might be able to benefit from this sort of technology the most. However, there are farmers who will do some fish farming and who will not exclusively tend to focus on it, and they can still benefit from the use of a solar powered pond pump. Farmers will have a much easier time when it comes to expanding the scope of their fish farming efforts if they are able to use solar powered pond pumps. These are advances that can truly change the nature of the situation for them economically.

Solar farms use in agriculture has always had a tidy logic to it. Farmers already have a hard time meeting all of their energy needs because they tend to live in remote areas compared to city-dwellers and suburbanites. Some farmers are even situated in remote areas relative to other farmers, which makes it even harder for them to really get all of the energy that they need from electricity. Rather than waiting for the electric companies to decide that a particular area is actually profitable, farmers are often better off just deciding to go with agriculture solar panels and agriculture solar solutions in general.