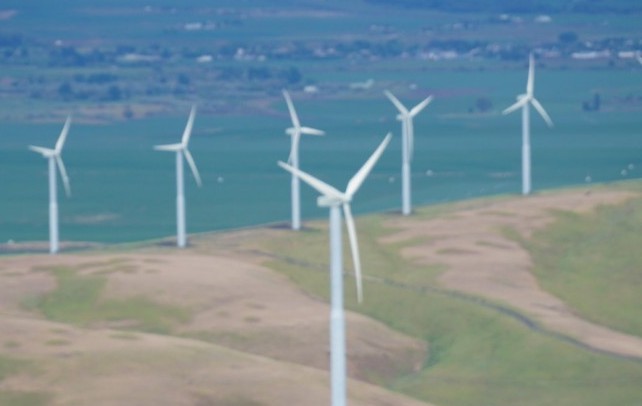 Corporate social responsibility (CSR) is defined as a concept in which companies through a voluntary approach integrate social and environmental concerns in their business operations while at the same time engaging their stakeholders. It is doing the right thing and being socially responsible while going beyond mandatory compliance obligations or regulations that are usually set by the government.

CSR and sustainability are complementary in nature and can be implemented together for a long-term financial strategy where environmental costs are internalized while improving the eco-efficiency of a company to help reduce waste and eventually save the company money that can be used in other places such as for business expansion. One example of CSR and sustainability is the development of renewable energy.

Development and implementation of clean energy technologies like solar in any country have a high CSR potential because of the many benefits renewables have including but not limited to the diversification of energy supply, job creation, reduction of greenhouse gas emissions (GHGs), and health improvement well-being because of reduced pollution.

Clean energy technologies like solar PV present companies with opportunities to pursue their sustainability and corporate social responsibility(CSR) efforts while helping them to be profitable. Since sustainability enables companies to create a brand that consumers can trust, many companies including small businesses are adopting CSR strategies to improve their brand name. In this day and age, consumers are increasingly becoming aware of their purchasing decisions because of increased consumer awareness on social and environmental issues such as climate change. Due to this consumer awareness, many companies are adopting practices in the CSR and sustainability space that set them apart from their competitors. There are very many corporate social responsibility examples that companies can adopt, especially in the renewable energy space and these are explained here.

What are renewable energy corporate social responsibility examples from such companies?

Corporate Social Responsibility (CSR) is the responsibility of a company to do good towards the community and the environment in which it operates. It is also referred to as corporate citizenship and companies express their citizenship towards their environmental or social programs. For instance, companies that switch to processes or technologies that help them to reduce their carbon footprint or companies that support causes that have a social impact such as capacity building programs all contribute to their CSR efforts. As of November 2016, Google was leading in terms of its commitment to switching to clean energy technologies while Amazon was number two, and the US Department of Defense was number three. Other well-known companies in this list included Microsoft, Facebook, Walmart-stores, Dow Chemical, IKEA group, Apple, and so on.

1. Some very well-known companies like Google have ambitious goals to reach 100% renewables for all their global operations including their data centers and offices. Google claim to be the first of its kind corporation in the year 2010 to buy renewable energy directly by creating large-scale, long-term contracts with a 114 MW wind farm in Iowa. Today Google is the largest buyer of renewable energy power with commitments reaching 2,600MW of wind and solar power. This commitment is greater than the total installed capacity for many countries, especially in the developing world. According to Google, being environmentally sustainable is one of their core values since the beginning and has integrated sustainability in their business operations and making it a reality such as building healthy workplaces and creating a living, breathing dashboard for the planet.

2. Emission trading can be another form of corporate social responsibility example in the renewable and sustainability space in which companies can be involved in. In emission trading or sometimes referred to as “cap and trade” is a mechanism that can be used to reduce pollution to protect health and the environment. According to the EPA, a cap and trade system involves the use of tradable permits so that one entity in a certain geographical area limits their emissions through process improvement such as switching to clean energy. As a result, creating tradable allowances equal to the limit that authorize allowance holders to emit a specific quantity (e.g. one ton) of the pollutant. This is a market-based approach and companies are incentivized to do this because of the returns they get when they switch to a sustainable process and sell tradable emission permits to companies with emission limits.

3. Another corporate social responsibility example is to do with the promotion of distributed renewable energy systems in underserved markets where a large population of people lacks access to the grid because it is expensive and for utilities to do business in these areas. For instance in rural or remote areas, households are scattered within a large geographical location making it hard for inexpensive grid connections. In this regard, companies with CSR funds can help such communities adopt clean energy technologies and help many people as well as social institutions (e.g. churches and hospitals) to become electrified using some clean energy technologies such as solar PV and wind power. A good example of such a CSR project includes Microsoft funds many projects in the developing world using the same concept.

The above are just some corporate social responsibility examples in the clean energy space and are just a few projects that companies can consider implementing using their CSR funds. For more examples and ideas about CSR and sustainability, please don’t hesitate to email us at support@reneenergy.com and if you are an individual or business interested in switching to clean energy, you can use this solar calculator to calculate your solar potential as well as potential savings.

Thank you and we look forward to hearing from you and reading your comments.