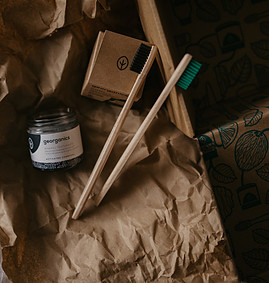 Walmart is a company that has been around since 1962 and employs over 2.3 million people worldwide. They are the world’s largest retailer and have a presence in 28 countries.

In 2005, Walmart set an ambitious goal to become climate neutral by 2030 due to their belief that climate change is real and needs to be addressed as soon as possible. The project gigaton initiative aims to reduce greenhouse gas emissions from its stores, supply chain, and manufacturing sources by 1 billion metric tons of CO2e or more within 10 years or less using projects such as renewable energy production, reducing packaging materials, etc.

The project’s goal is to accelerate its progress towards the 2030 target by 100 times. The company believes this can be achieved with a combination of renewables, waste reduction actions like recycling and food donation programs, efficiency upgrades across operations from transportation fueling (Walmart is also testing hydrogen fuel cell trucks), store lighting and refrigeration technologies as well as procurement changes such as transitioning away from unsustainable beef production practices.

Project Gigaton aims to help Walmart meet its climate ambition by 2030 through a suite of projects designed specifically to reduce emissions in various sectors of Walmart’s operations.

Walmart announced plans to combat climate change by going 100% renewable for its suppliers. The company will use wind and solar power, as well as other renewables such as biogas from livestock manure and methane gas captured at landfills. Walmart is also committed to reducing the total greenhouse gas emissions of its global operations by 18% over a decade.

So far Walmart has already reduced its carbon footprint by 18% since 2005.  The goal for 2050 is to have zero net GHG emissions as a result of operationally significant activities such as stores or distribution centers – this includes any on-site activity that emits more than 50 metric tons per year of CO₂ equivalent (MTCO₂E) into the atmosphere.

Walmart will also commit to sourcing 100% Walmart products from suppliers whose global supply chains are “climate positive.”  This would mean they create fewer greenhouse gases and air pollution, conserve water in manufacturing processes by reducing waste entering sewers and use renewable energy sources such as solar panels.

The goal for 2050 is to have zero net GHG emissions as a result of operationally significant activities such as stores or distribution centers – this includes any on-site activity that emits more than 50 metric tons per year of CO₂ equivalent (MTCO₂E) into the atmosphere.

In April of 2017, Walmart announced its plan to combat climate change. The company signed the Global Climate Action and set a goal of reaching zero emissions in 2025 for their operations around the world. They also committed to reducing greenhouse gas emissions by 18% from 2005 levels by 2030 (project gigaton). Project Gigaton is designed as an opportunity for suppliers, manufacturers, and other stakeholders across Walmart’s supply chain network to work together with Walmart on combating global warming through specific targets including:

Walmart has a long history of sustainability, and that is also true for its new toolkit. The company collaborated with the World Wildlife Foundation to create a “toolkit” or collection of resources to help businesses measure their carbon footprint in what’s called Project Gigaton.

In addition, they’re providing PPA (Purchase Power Agreement) services at no cost; which helps its suppliers to offset their energy costs by using renewable energy sources such as wind power from Global Energy Solutions Group. This will help to reduce carbon emissions because these sources are environmentally friendly and sustainable.

Walmart is the first retailer with a verified science-based target emissions-reduction plan, and they’re keeping in line with their plan to create a sustainable future. The project provides Walmart customers the opportunity to calculate their carbon footprint by following these five steps:

Your total reduction is the difference between steps four and five, or 20% of 2005 levels for Walmart climate commitment if not enough to reach “project gigaton” equivalent goals.

In addition, they’re offering PPA services – helping businesses meet emission targets without hurting the bottom line while cutting down on emissions through wind power from Global Energy Solutions Group. They want this project to be adopted by as many different companies as possible because it works well both environmentally and financially; by reducing emissions without hurting the bottom line.

Using innovative tools like PPA services which are designed to help businesses measure their carbon footprint while also reducing costs by up to 50%. This helps them cut down on emissions without hurting the bottom line. The company continues its pursuit of sustainability leadership through Project Gigaton – setting science-based targets about what they can do as a global retailer and how customers can play a part in Walmart’s sustainability goals.

Interested in learning how to make your business sustainable? Learn more from this article. You can also download our product which is a guide to adopting a renewable energy system for your business or home. Check it out below: