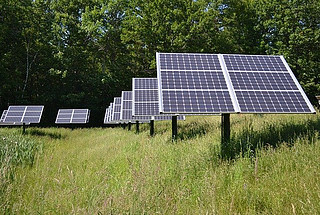 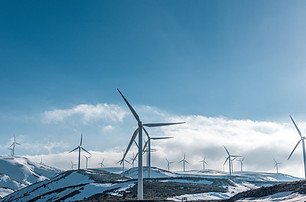 Batteries as energy storage technologies are becoming increasingly important to the power industry and for powering electric vehicles. One of the batteries that have become widely used is the lithium-ion battery which has been implemented in many locations, especially in the USA. The Tesla Gigafactory is one example where batteries are produced for energy storage systems for solar PV systems and electric vehicles. As such, solar produces clean energy during the day and Tesla’s Powerwall can store energy to power your home at night or during an outage.

When it comes to batteries, there are various types of battery storage systems that use different technologies based on chemistry that enables energy storage capability. For instance, solar batteries used to store excess solar power include four (4) types of batteries, including AGM, GEL, Flooded, and Lithium-ion batteries. These solar batteries use different chemistry or chemical composition to enable energy storage capability. For example, lithium-ion batteries as a group have the advantage of high specific energy as well as high energy and power density relative to other battery technologies because of their chemistry. Lithium-ion batteries usually have a cathode made of a lithium metal oxide, while the anode is often made of graphite.

The advantages of Li-Ion batteries are that they last longer, are more efficient, have a greater energy density, and require no maintenance compared to traditional lead-acid batteries. Great applications for li-ion batteries include backup energy storage for residential and commercial places. Lithium-ion batteries are also used by installers and power utilities to ensure a long-term, hassle-free, emergency backup power supply. In general, energy storage has become an important component for variable renewables such as solar and wind to enable excess power to be stored in batteries when solar or wind generation is high to be later used when power generation is low.

Against this background, this blog attempts to capture about four (4) reasons why energy storage systems are increasingly used with renewable energy systems: 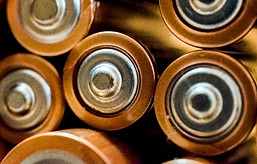 1. The reducing cost of energy storage systems and the increasing demand of variable renewable energy

Because of the increasing demand of energy storage technologies, their cost has been falling rapidly and by the year 2030, IRENA estimates that the installed cost of battery storage systems could fall by over 50%. The declining cost in the wind and solar and the increased focus on adding renewables to the grid is driving the interest to lower the cost of energy storage. For instance, the price of lithium-ion batteries has fallen by about 80% over the last five years according to the National Renewable Energy Laboratory (NREL) enabling the integration of storage into solar power systems. Also, there has been a tremendous increase in the amount of energy storage that is been deployed. A market research firm, Wood Mackenzie Power and Renewables has forecast that energy storage systems will increase to top 5.4 gigawatts and the market value is forecast to increase from $720 million today to $5.1 billion in 2024.what are the benefits of energy storage

2. To increase solar and wind penetration in the grid

3. To reduce time of use (TOU) charges and other charges

Energy storage can allow renewable energy consumers to displace more fossil fuel sourced electricity by storing any excess power generated during the day in the case of solar power and discharging during peak hours when it is highly needed. New energy storage systems can allow storage of electricity generated from wind and solar on shorter time frames to smooth variability, and on longer cycles to replace even more fossil fuels. For instance, new energy storage systems like flow batteries have relatively little degradation of their fluids or electrolyte solutions giving them longer charge-discharge cycles and longer life spans. They can also be scaled to match growing needs relatively by increasing the amount of fluid in the tanks. As such, reducing electricity sourced from fossil-fuels or reducing fossil fuel dependence will eventually help to reduce greenhouse gas emissions (GHGs).What are the benefits of energy storage