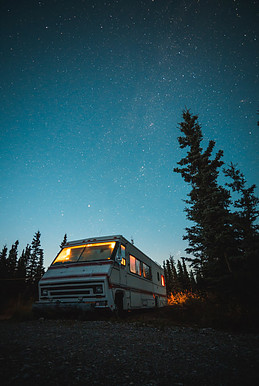 A solar RV generator is a solar power system that can be attached to your RV or solar generator allowing you to charge batteries with free solar energy.

What can I use it for?

This type of solar generator setup is most commonly used with RVs allowing them the option of cutting their carbon footprint down to zero when they are on vacation at campgrounds (which often use an electric hookup instead of solar panels).

How does a Solar RV Generator work?

You will need solar panels, a charge controller, storage batteries, battery cables, and wiring. The solar panels connect using special cables called MC4 connectors which allow you to disconnect without having to cut off the connection later on if necessary (to replace damaged panels for example).

The best solar RV generator systems will have solar panels with up to 1,500 watts while the solar generator itself typically has about 300 watt-hours of battery storage.

What are the advantages of a Solar RV Generator?

Being able to run your RV on solar energy is a great way to reduce your carbon footprint and also enjoy the benefits of solar power such as free electricity from Mother Nature that does not pollute like fuel or coal-based power.

Other advantages include: Not having to rely on an electric hookup at campgrounds; unlimited free solar energy; and being able to use solar panels with RVs (other types of solar generators cannot attach anywhere).

What are the disadvantages?

The main disadvantages of using this type of solar power system to run your RV:

Solar panels typically do not withstand high winds well and can suffer damage if left up during a storm; requires lots of wiring and connections to the battery system which can break over time as solar panels lose their efficiency at around 20% after 10 years (even more so for cheap quality ones); you need an electric connection at campgrounds to use it properly as you will lose the ability to charge the batteries from solar energy when away from home or in cities where there is enough pollution to block solar energy; solar panels are expensive.

What is a solar RV generator used for?

The solar RV generator is used to run your RV on solar power and reduce your carbon footprint. It can be used in any part of the world as long as solar panels receive adequate sunlight and you have an electric hookup at campgrounds or a solar generator that has solar panels for charging batteries when away from home (like an all-in-one solar generator with solar panels).

RVs are one of the most popular vehicles for solar generators since you can easily attach solar panels to your roof during camping trips without having to worry about running out of electric power.

Even if not camping, these generators serve as standby systems in case the electricity goes out and solar panels generate more than enough energy needed on a daily basis.

Solar-powered setups work just like solar panel kits on houses: solar cells convert daylight into electrical current that is stored in batteries via an inverter or charge controller. When you need power, it is readily available at the flip of a switch.

This allows you to take advantage of free energy from sunlight even when it’s raining outside by using solar energy instead of electricity from your local utility. Depending on the solar RV generator’s design, you can power appliances like lights, computers, TVs, or even refrigerators.

Auto-starting solar generators are solar-powered portable electricity generators that come with solar panels to soak in sunlight during daytime hours when it is sunny and bright outside. They recharge batteries so you can use them at night when there’s no sun. You won’t have to rely on noisy gasoline generators for electrical power during camping trips or any other outdoor activity where solar energy may be used.

Some models only provide energy directly via standard AC outlets while others allow you to store solar-generated current inside batteries that supply DC current similar to how to reserve batteries in cars do – just switch over to solar power without having to start the gasoline engine and burn fossil fuels.

All you do is attach solar panels to your roof and connect wires from them to a solar controller that regulates battery charge, or use solar batteries that already come with solar panels built-in.

Some solar generators have solar panels built-in while others just have solar cells that you can hook up to 1 or more standard solar panels. You also need a solar controller that regulates battery charge.

You want your solar generator to be efficient, meaning it needs to use solar energy generated by the solar panel during daytime hours efficiently, store it in batteries and provide power at night. It should also be able to handle weather conditions including temperature extremes without problems.

You can check or compare the prices of most solar generators on Amazon.com that cost anywhere from $500 to $1000 which vary depending on characteristics. However, even the cheapest solar generator is a good deal if it gets regular sun exposure and doesn’t get thrown around while traveling in your RV.