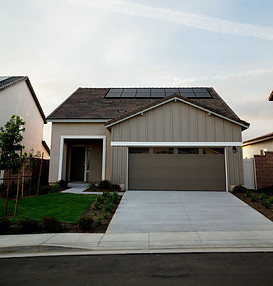 So far, this technological breakthrough has been achieved partially only with regards to high solar efficiencies as researchers have managed to reach solar efficiencies of above 40%, but what remains the challenge is the high costs associated with material costs, to make these solar cells commercially available. The other challenge is utilizing materials that are sustainable i.e. environmentally friendly.
In the last decade, the solar industry has experienced a lot of technological breakthroughs such as increased solar efficiency. The first-ever made useful solar panels were invented by Bell Labs with an efficiency of about six (6) percent.

What is the best solar panel efficiency?

Looking into the future, we will see the cost of these high-efficiency solar panels declining as researchers are looking into the material design with respect to environmentally or sustainable materials that are not harmful to the environment while reducing the cost of materials as possible. For instance, researchers are still looking for ways to use alternatives other than lead for the Lead halide perovskite PVs (LHP-PV) which emerged in the last decade as a viable thin-film PV technology due to its high efficiency and its low manufacturing costs. Lead is well-known as a toxic chemical to human health and potential negative impacts on the environment.
In addition, currently, many solar researchers are involved to assist in the development of solar cells with increased efficiencies while looking for ways to reduce the costs. For instance, the National Renewable Energy Laboratory (NREL) maintains a chart (shown below) of the highest confirmed conversion efficiencies for research cells for a range of photovoltaic technologies, plotted from 1976 to the present. 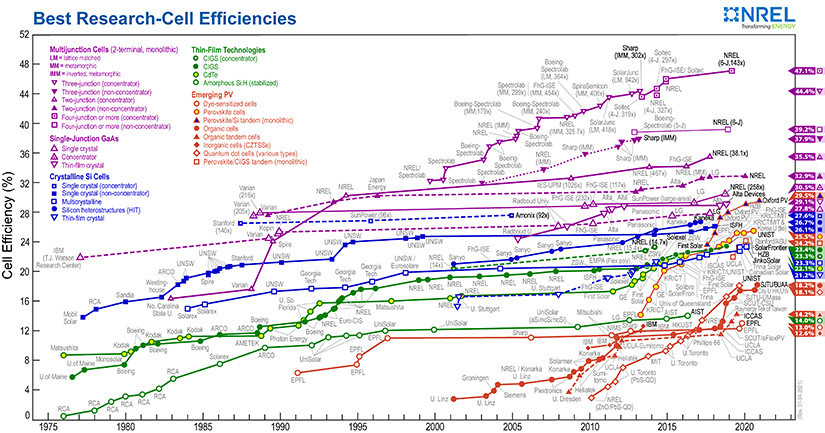 This plot is courtesy of the National Renewable Energy Laboratory, Golden, CO for solar cell efficiency of solar cells under R&D as confirmed by independent recognized test labs such as NREL, AIST, JRC-ESTI, and Fraunhofer-ISE—and are reported on a standardized basis. Cell efficiency results are provided within families of semiconductors: Multijunction cells, single-junction gallium arsenide cells, Crystalline silicon cells, Thin-film technologies, and Emerging photovoltaics. Interested in going solar? Learn more here about the steps for installing a solar PV system for your home or business.