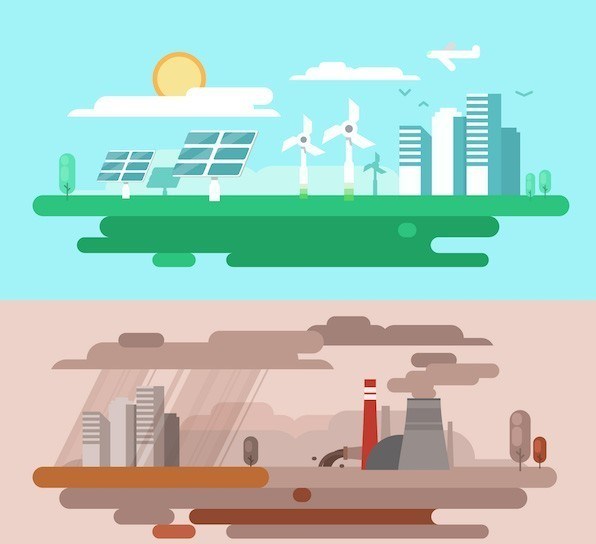 Climate change is not a simple problem and thus requires different stakeholders to develop solutions or ways of tackling the issue. Government alone without the support of the private sector & civil society will not address the climate change issue.

Climate change is actually a problem that is going to affect businesses in all walks of life in both the developed world and the developing world. For instance, according to the Ceres Getting Climate Smart Report; having a temperature rise above 2 degrees Celsius will have significant impacts on people and the planet posing market risks and challenges to businesses.

According to the Ceres report, businesses face a range of market risks from climate change, including physical, value chain, regulatory and reputational. Since the climate is a very interconnected issue that affects the well-being of society, it is imperative to address the issue of climate change. Good climate ensures we have good health; while the food and water system relies on the best climate conditions to be able to thrive.

When it comes to food, for instance, agriculture remains central to the World Economy with more than 50%, mostly found in the developing world; depending on agriculture for survival. Hence, the temperature rise above 2 degrees Celsius poses market risks and opportunities to businesses in all sectors.

Any disturbance in the climate system will definitely cause the whole system to go out of sync and restoring it will perhaps require finances in the amounts of trillions. For instance, the asset management industry—and thus the wider community of investors of all sizes are facing the prospect of significant losses from the effects of climate change. Floods, droughts and severe storms can directly damage assets, but portfolios can also be harmed indirectly, through weaker growth and lower asset returns according to a report from the Economist Intelligence Unit.

The Economist Intelligence Unit, also estimates that the cost of inaction to climate change from the public-sector perspective, the expected value of a future with 6°C of warming represents present value losses worth US$43trn—30% of the entire stock of manageable assets. By way of scale, the current market capitalization of all the world’s stock markets is around US$70trn.

On the other hand, if action is taken, the investments for tackling the climate change problem as estimated by the International Energy Agency (IEA) to fulfilling all the climate pledges would require $13.5 trillion in energy efficiency and low-carbon technologies by 2030; while Keeping the temperature increase below 2 degree Celsius would require an additional $3 trillion.

Also, with the new Intergovernmental Panel on Climate Change (IPCC) report calling for drastic measures to keep temperatures from rising more than 1.5 degrees Celsius above pre-industrial levels, it is obvious that a business as usual scenario approach will not help to change the trajectory of the outcomes if nothing is done about it. Climate change calls for changing our production and consumption patterns or how we do business. 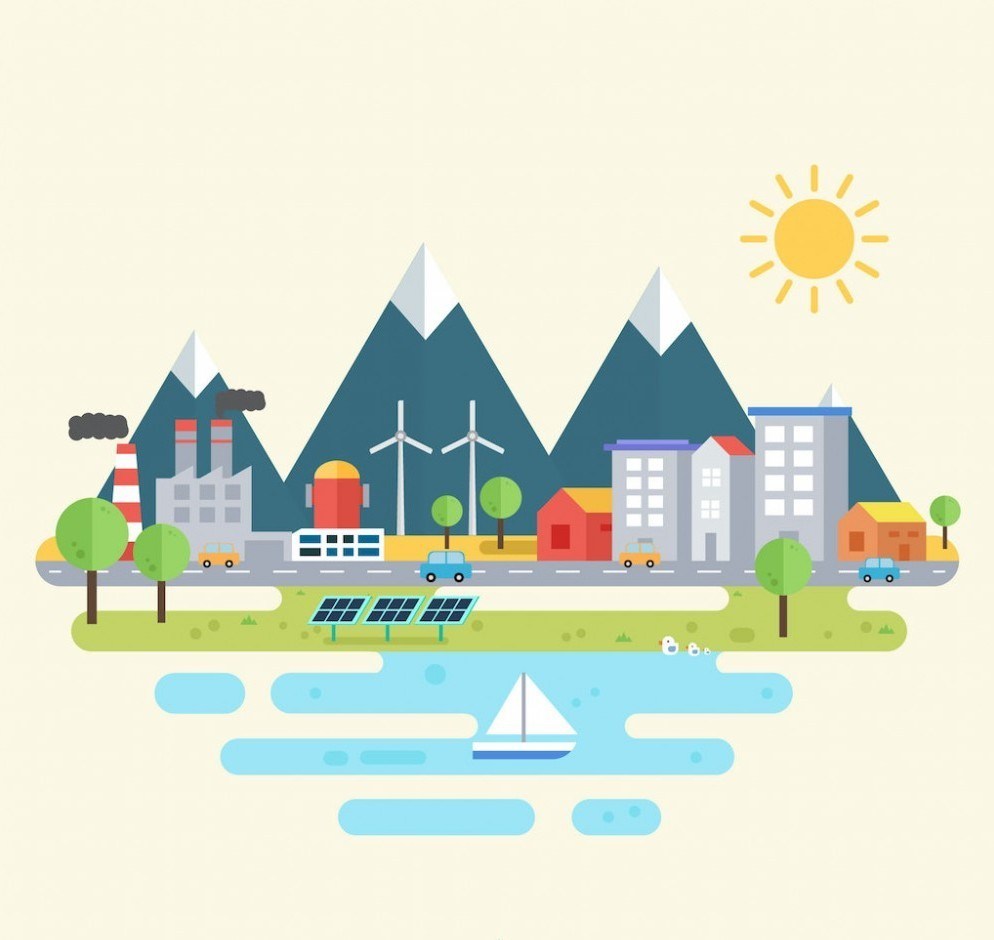 In many cases, addressing climate change is a voluntary action taken by the private sector. It may have an effect on the bottom line depending on the strategies put in place, although in some cases, investing to address climate change may not have a direct benefit, but perhaps an indirect benefit such as building a company’s image or reputation when it comes to sustainability. For instance, a corporate social responsibility (CSR) initiative will help to improve the image of a company that takes leadership to implement a program that helps to adapt or mitigate climate change.

At the global level, the private sector is engaged through its member countries under the United Nations Framework Convention on Climate Change (UNFCCC) Paris Agreement.

The Paris Agreement brings about 195 nations into a common cause to undertake ambitious efforts to combat climate change and adapt to its effects, with enhanced support to assist developing countries to do so.

The Paris Agreement has a roadmap for developed nations to contribute to the needed $100 billion annually for mitigation and adaptation efforts. It is supposed to be mobilized climate finance before the year 2020, although a majority of the financing in the $100 billion in public finance with a portion, about $24 billion expected or predicted to be mobilized from the private sector in 2020. This climate finance is an integral part of the Paris Agreement because it will help developing countries build low carbon and climate-resilient economies.

According to International Finance Corporation (IFC), the private sector arm of the World Bank Group, at the Paris Agreement climate change negotiations, the private sector was more active and visible than ever before with the presence of CEOs from different industries, including but not limited to cement, transportation, energy, and consumer goods manufacturers who announced their own climate commitments in Paris to decrease their carbon footprints, adopt renewable energy, and improve natural resource management.

Mission Innovation another global initiative where the private sector is engaged to help combat climate change.

The Mission Innovation was announced at the Paris Agreement on November 30th, 2015, and is a global initiative of 23 countries, and the European Union to be implemented to dramatically accelerate global clean energy innovation.

Even though renewable power has grown in investments in the past few years, the intermittent nature of wind & solar energy and the limited capacities to store power still impede the widespread implementation of renewables.

As such, Mission Innovations engaged Breakthrough Energy Coalition – a group of high net worth investors from 10 countries that have made an unprecedented commitment to make risk-tolerant investments in next-generation technologies such as the commercialization and deployment of clean, reliable and affordable energy technologies worldwide.

In this regard, the private sector is essential in bringing new technological breakthroughs into the market. For instance the top five tech companies, Microsoft, Amazon, Apple, Facebook & Google have pledged billions of dollars to be invested into researching new technologies while working in tandem with Mission Innovation, which is a consortium of 23 countries (including the United States) & European Union (EU).

Participating MI countries commit to work closely with the private sector as it increases its investment in the earlier-stage clean energy companies that emerge from government research and development programs.

The Breakthrough Energy Coalition has developed a list of scientific priorities to lead the path into a low-carbon future, a roadmap called a “landscape of innovation” that will guide investment decisions by the coalition for the next two decades. In this landscape, five grand challenges that correspond to the biggest contributors to greenhouse gas emission are selected and these include:

Some few technologies that could draw future investments include solar chemical; artificial photosynthesis that would use sunlight to split water molecules into hydrogen fuel; flow batteries that could potentially last for decades; solar paints that generate electricity from the sun and could one day turn any surface into a solar panel; and wave & tidal energy.

Climate change networks established for the private sector has helped to engage and mobilize the private sector community to address issues of concern such as climate change and sustainability. Ceres is a good case study that has established the Ceres’ Commit to Climate Initiative, with the aim of building private-sector leadership on climate action, including supporting climate, energy, and clean transportation policies as well as securing strong corporate commitments that advance the goals of the Paris Agreement. 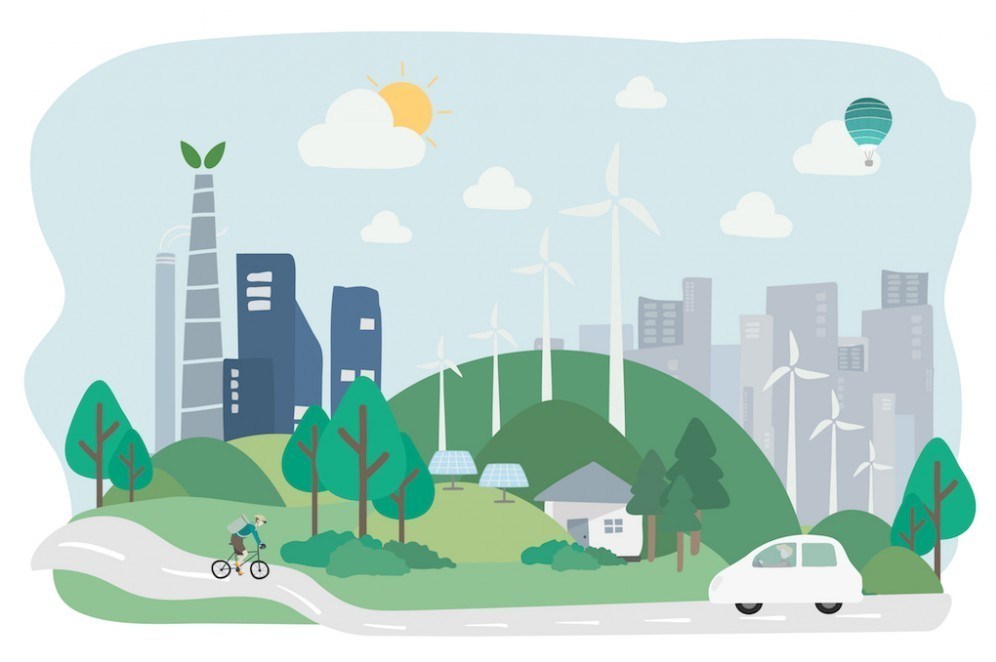 “Ceres is a sustainability nonprofit organization working with the most influential investors and companies to build leadership and drive solutions throughout the economy. Ceres has a mission for transforming the economy to build a sustainable future for people and the planet.”

The key strategies of Ceres’ Commit to Climate are:

Other companies like Levi Strauss & Co, Seventh Generation & Best Buy have announced a commitment to reduce GHG emissions by 90% within their direct options or their global supply chains (Levi Strauss & Co). Best Buy has set commitment t to reduce CO2 emissions by 60% by 2020 while Seventh Generation has committed to reducing both direct and indirect GHG emissions inclusive of consumer use by 50% by 2025 and even further by 2030.

Switchingtosolarpv.com is a website resource for promoting sustainability, systems thinking to solve problems, going green concepts and going solar online tools. Businesses interested in determining their carbon footprint and how to reduce it by going solar can use this solar panel cost calculator to determine their benefits of going solar. Learn more about five (5) interesting things about going solar for your business.